The Sentinel Oak was a historic Red oak tree standing guard in Cathedral Clearing, the main entrance to Peirce’s Woods. So striking was this tree that it became a focal point in the original design intent for Peirce’s Woods. Entering Peirce's Woods, the Sentinel Oak, framed between two mature Hemlock trees, was the first giant tree to greet you. Peirce's Wood's was still a natural forested area, and therefore not included, when Longwood's first survey maps were drawn. This makes it hard to know exactly how old the Sentinel Oak was, but it is believed to have been over 100 years old. Chances are it was planted by a squirrel long before Peirce’s Woods was ever a garden. Just before I began working in Peirce's Woods, this historic tree fell in a storm. On its way down, it took out several other trees, transforming the adjacent garden room known as “Shady Retreat” into one of the sunniest spots in Peirce’s woods. In Shady Retreat you can still see evidence of where the Sentinel Oak came down. There is a large patched section of the path where the oak smashed the paving. It is very sad to lose a tree, especially one as elderly as the Sentinel Oak. That is why it was such a joyous occasion today, as we planted a new Sentinel Oak tree! 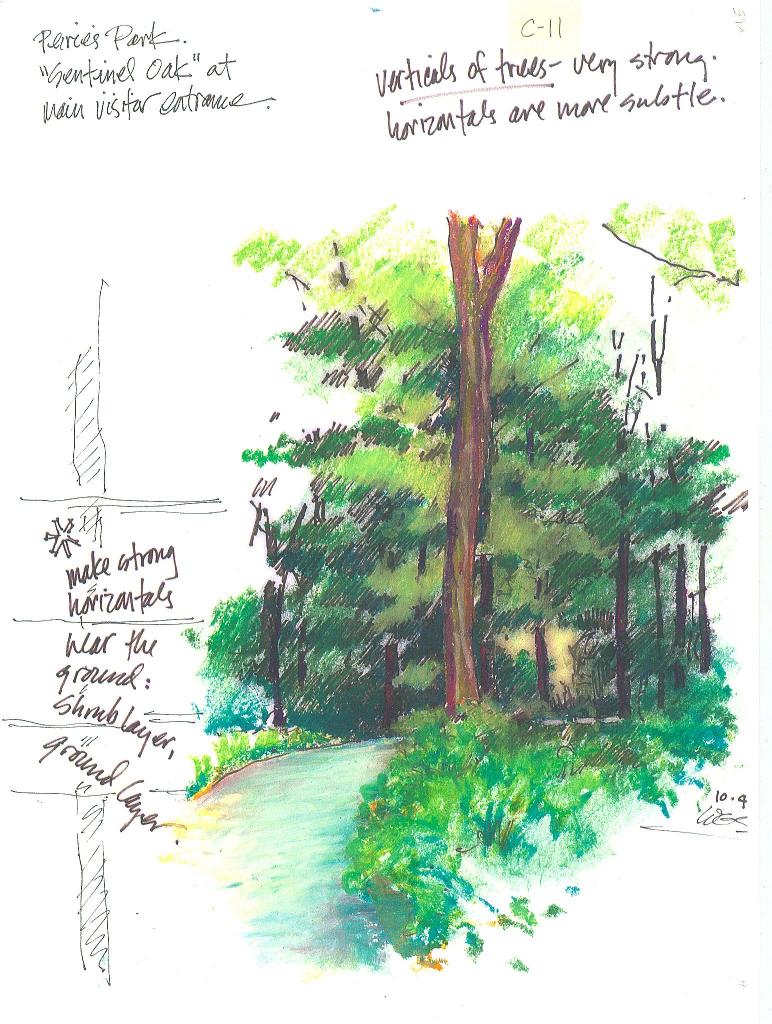 The hole we dug to accommodate this new oak was over 4 feet wide and 2 feet deep. While digging, we uncovered roots of the original Sentinel Oak. The new Sentinel Oak is only 16 ft high. It has a long way to go to live up to its namesake, which may have been anywhere from 60 to over 75’ in height. Though I will probably not live to see this oak attain its full height, I imagine it will give shade and feed many squirrels for many generations to come. 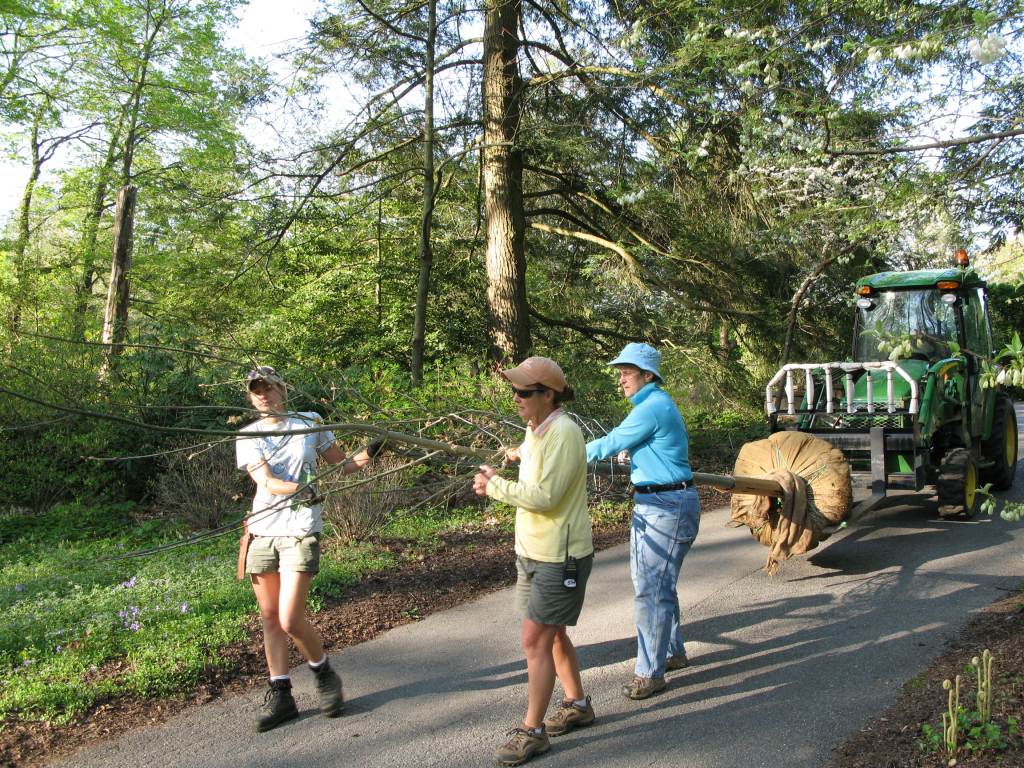 Escorting the Sentinel Oak with (from left to right) London, Naomi, Maureen and Bob (In the John Deere). 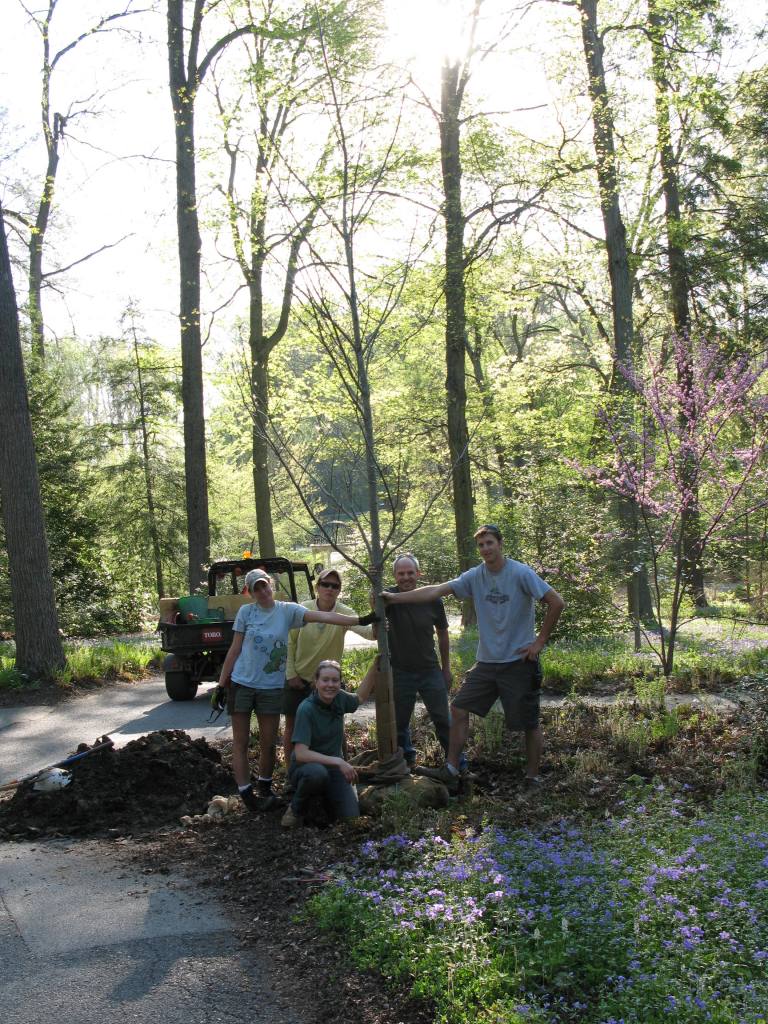 The Sentinal Oak in its new home. (pictured from left to right) London, Naomi, Pandora, Bob and Matt.

More on Garden Display and Design
The Drama and Appeal of Our Theatre Garden
By Gillian Hayward, on June 5, 2020
Read More