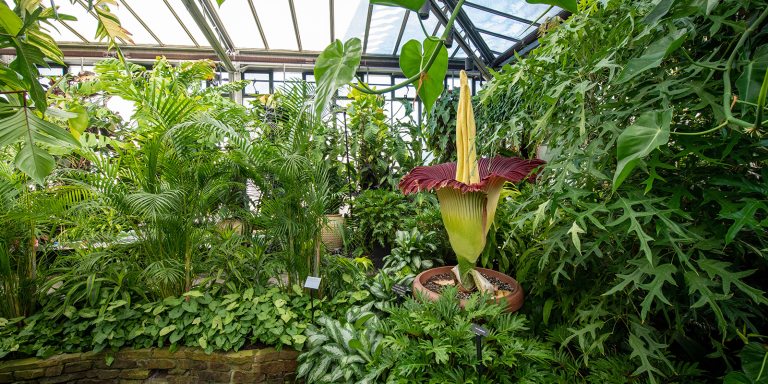 We’re proud to say we raised a stink … our Amorphophallus titanum (titan arum)—commonly known as the corpse flower—bloomed in our Conservatory’s Tropical Terrace July 13–15, 2020! Scroll down to learn more about our smelly friend, affectionately named Sprout.

Titan arums are native to the rainforests of Sumatra and therefore love heat and humidity. Most years, as a titan arum cycles through periods of dormancy and growth, a large umbrella-like leaf will form. Every 4 to 5 years, however, a bloom will form instead of a leaf ... and the bloom will grow to the towering height of 6 to 8 feet, making it the largest unbranched inflorescence—defined as a cluster or spike of individual flowers—in the world.

Titan arum is a member of the Araceae family and, like its close relatives, has a distinct flower structure. Common aroids include calla lily, anthurium, and Jack-in-the-pulpit. All have a central fleshy spike called a spadix, which is wrapped in a frilly modified leaf called a spathe. It is rare to catch a titan arum blooming in the wild or in cultivation. The last titan arum to bloom at Longwood was in 1961!

Our Sprout came out of dormancy and started to form a flower bud in mid-May 2020. Since then, we’ve been monitoring it daily and have been blown away by its incredible growth.

As Sprout prepares to bloom, its growth starts to slow. The bracts around the base of the bloom will shed, fully revealing the frilly spathe that wraps the spadix. Very soon, the spathe will turn maroon in color and begin to unfurl.

The unfurling process typically begins mid-afternoon and is complete within several hours, exposing the spadix and hundreds of small female flowers at its base.

The stench of rotting meat that titan arums are so famous for will follow, likely later into the evening or in the middle of the night, to attract its native nocturnal pollinators looking to feed and lay eggs on decaying animals. Sprout will emulate this smell of decay with scent molecules that can travel up to a half-mile to grab the attention of carrion beetles and flies.

By the next morning, the smell will start to dissipate. Male flowers that are located just above the female flowers on the spadix will begin to release their pollen in long chains.

Throughout the day the spathe will close and the bloom will wither ... a mere day after it all began.

Like Sprout, many plants bloom at night, often with white or pale-colored flowers that reflect light and have strong fragrances, to help pollinators find them in the dark. 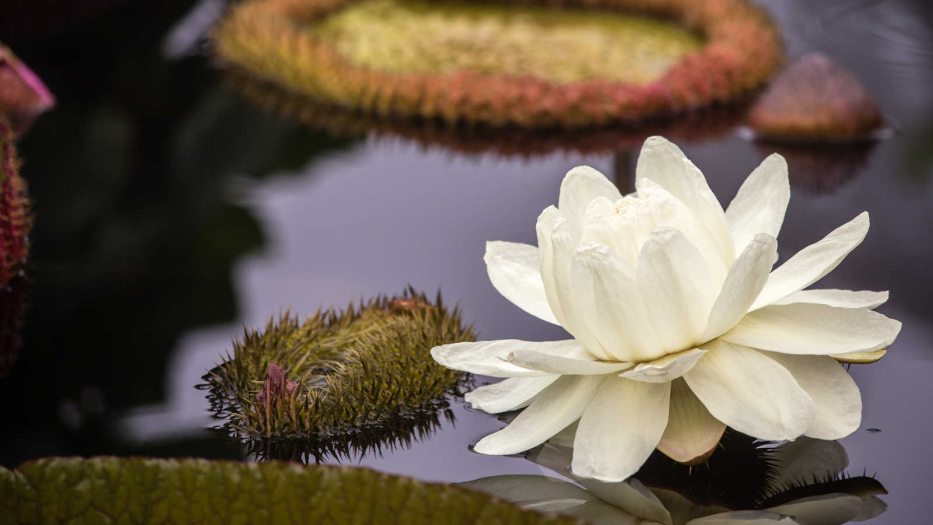 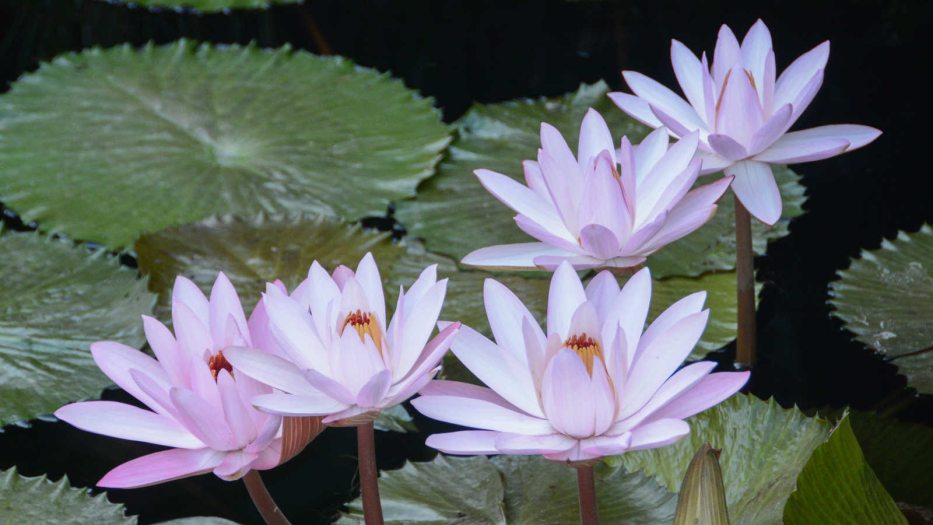 Nymphaea 'Texas Shell Pink' is just one of 15 types of night-blooming tropical waterlilies at Longwood. 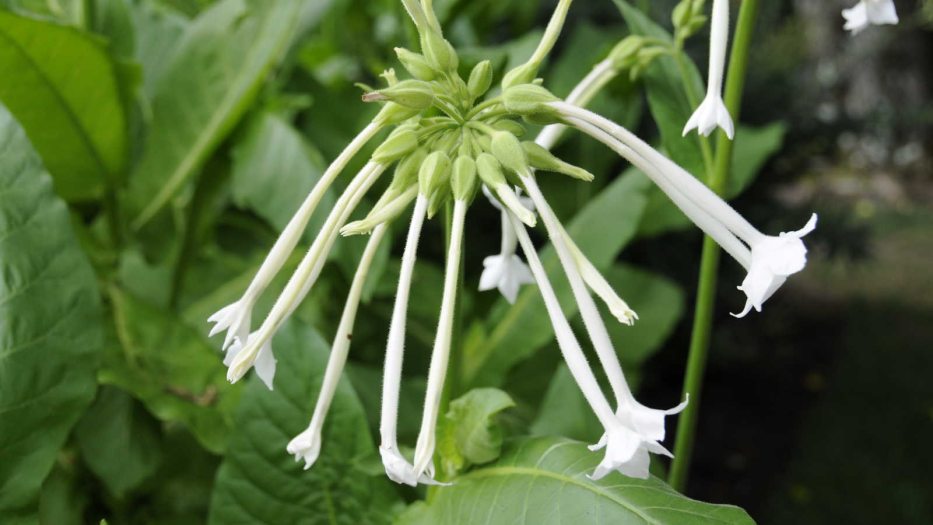 Nicotiana sylvestris is a tall herbaceous perennial with a cluster of tubular flowers that are strongly fragrant in the evening. 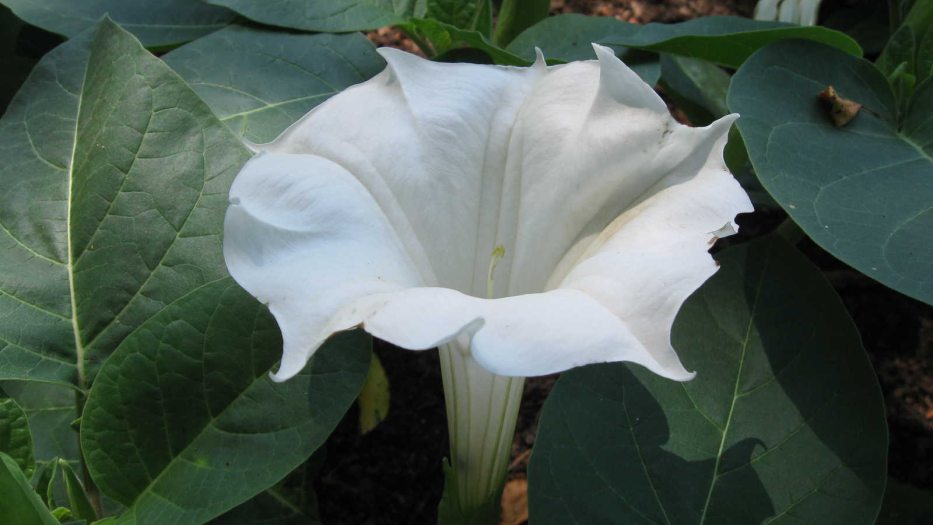 Datura metel 'Belle Blanche' has large flowers that glow in the moonlight amongst large leaves.

Cereus stenogonus is magical by the moonlight amongst the silver foliage in the Silver Garden. 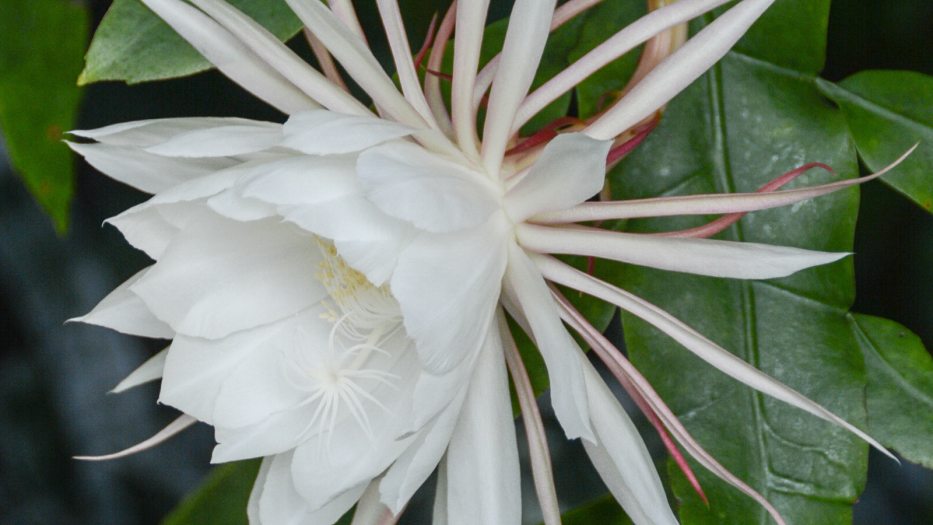 Epiphyllum oxypetelum is an epiphytic cactus that showcases dramatic, fragrant blooms at night.

Sprout was given to Longwood Gardens by Chicago Botanic Garden in 2018. Chicago Botanic Garden received Sprout as a seed-grown corm (underground tuber) from UC Berkeley in 2008 and nurtured it to bloom in April 2016. Sprout’s native habitat, the rainforest of Sumatra, is threatened and shrinking. This collaboration among institutions is part of a worldwide conservation effort to ensure the species does not go extinct.

Titan arums cycle through periods of growth and dormancy. When Sprout arrived at Longwood Gardens from Chicago, it had recently come out of dormancy and was beginning to grow a leaf stalk that would eventually grow to a height of 10 feet. The leaf stalk uses light from the sun to photosynthesize and create energy that is stored in the corm and later used to flower. Sprout was on display as a leaf in our Conservatory’s Tropical Terrace for about a year until the plant began returning to dormancy in late October 2019.

Sprout overwintered in our back-of-house growing facilities, in temperatures of around 70 degrees with the soil kept moist, but not too moist. It can be challenging to care for exotic plants, but our horticulturists were rewarded and delighted when a flower bud started to form in mid-May 2020.

Sprout’s bloom will wither after being open for only a day. As part of our conservation efforts, we’ll attempt to pollinate Sprout with pollen from other institutions. We’ll also try to collect male pollen to bank and share. If successfully pollinated, Sprout may form berry-like fruit that can be harvested after approximately 9 months.

Learn more from the below life cycle graphic, courtesy of Chicago Botanic Garden. 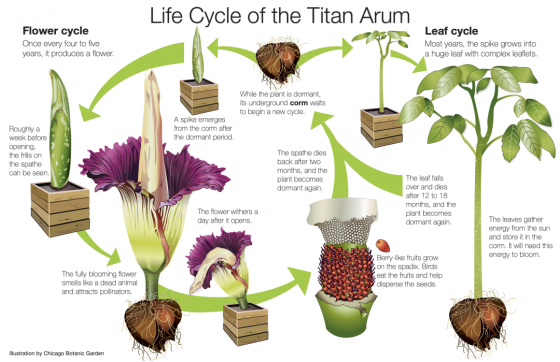