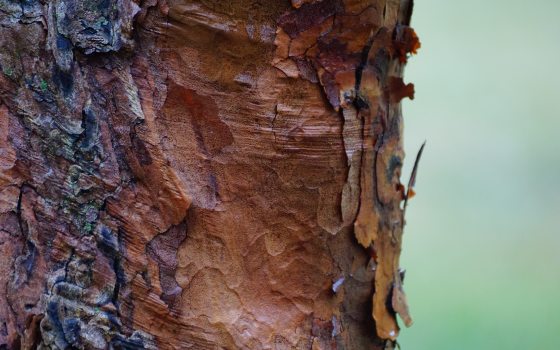 Paperbark Maple: A New Look at an Old Friend

As one of the most beloved and desirable small shade trees, paperbark maple (Acer griseum) is well-known for its dense, uniform crown, exquisite cinnamon-copper-colored bark, and excellent orange and bright red autumn color. Less well-known is that despite its popularity, paperbark maple is listed as endangered in its native habitat in central China. Paperbark maple’s attributes alone make it worth promoting, but its conservation status has lent additional importance to working with it. This past August I travelled to England and Wales to continue a project working on the conservation of paperbark maple, a trip that was an extension of a project that I have been working on for close to 10 years, and one that has taken me has taken me across the US, into Great Britain, and throughout China. The objective of this most recent phase was to conserve some of the oldest and most noteworthy specimens from England, Wales, and Scotland—a project that involves a number of gardens working together to save this beautiful tree.

Conserving Acer griseum highlights the threats to maple species in particular and tree species in general around the world. Botanic Garden Conservation International’s (BGCI) 2020 Red List of Acer shows that 1 in 5 of the 158 worldwide maple species are threated with extinction in the wild. And, according to the BGCI State of the World's Trees Report of September 2021 30 percent of the world’s trees are threatened with extinction. Paperbark maple makes a perfect example for tree conservation--a “charismatic mega-flora” to borrow a phrase. Here at Longwood, paperbark maples can be seen in the Hillside Garden area and the bus parking lot adjacent to the Visitor Center. 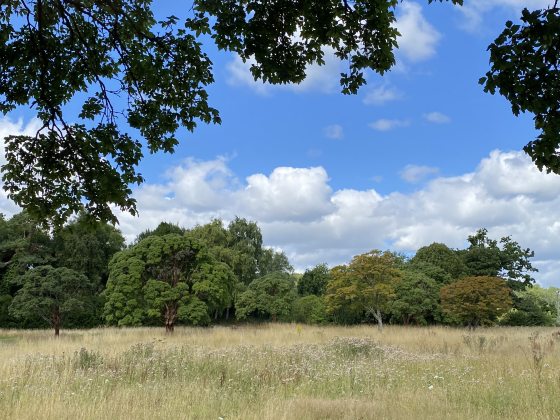 With the conservation status of paperbark maple in mind, working with colleagues from Beijing Botanical Garden, The Morton Arboretum, and the Arnold Arboretum, in 2013 we initiated the Acer griseum Conservation Project to determine whether the diversity of cultivated plants in the US and UK accurately reflects the diversity of trees in the wild, or if further efforts were needed to collect and conserve this species. It has been our working hypothesis that the vast majority of plants currently in commerce and cultivation are derived from a collection made in 1901 by renowned plant explorer Ernest H. Wilson; this narrow representation of a species is known as a genetic bottleneck and hampers the ex-situ conservation of the species. So far our work has characterized the genetic diversity of wild versus cultivated plants, and we are conserving some of the most threatened populations in from two provinces in China. 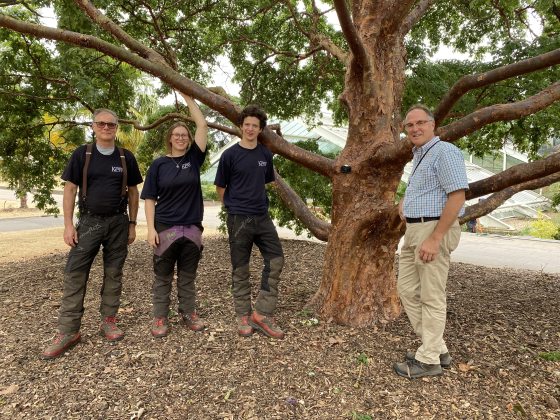 To give context for this summer’s trip, in the summer of 2021 I was contacted by Darren Norris, the forestry manager of Goodwood House, the home of the Duke and Duchess of Richmond. They are interested in setting up collections of trees of conservation value and were interested in using Acer griseum as a starting point. This led to my contacting Dan Crowley, BGCI’s Global Conservation Consortia Manager, who also works at Westonbirt Arboretum (The National Arboretum); so this project evolved to include Longwood Gardens, Westonbirt, BGCI, and Goodwood House. 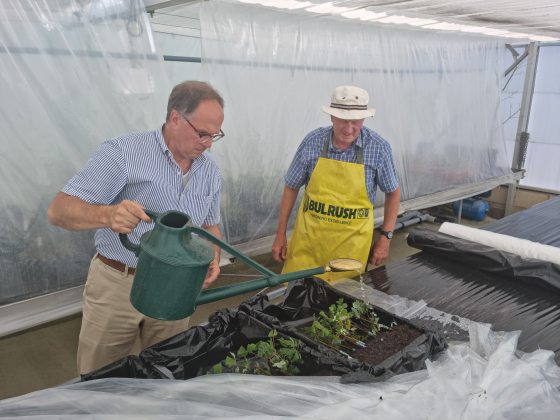 The goal of this phase of the project is to propagate significant and historic specimens of paperbark maple to serve as establish backup collections and to provide a model for establishing collections of conservation value. In an earlier phase of the project in 2014, I had visited many gardens throughout the UK to observe and take samples from a diversity of paperbark maples. Based on that trip, I had an understanding of which of these were the most important to conserve and set my itinerary to obtain propagation material from these trees. Paperbark maple is notoriously difficult to grow from seed and if we were to preserve individual specimens, we would have to graft these plants. 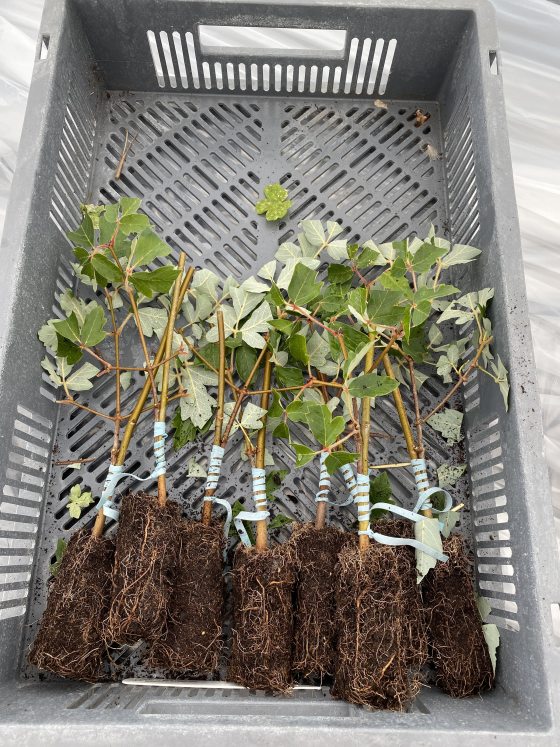 With this in mind I set my sites on several locations with the most significant paperbark maples: Royal Botanic Gardens, Kew, Highdown Gardens, Dyffryn Gardens, and Westonbirt. (Royal Botanic Garden Edinburgh sent us scion wood, saving a few days of travel). The scions that I collected were grafted at Westonbirt Arboretum, where they are now being cared for. A current concept in plant and animal species conservation is the development of meta-collections—or a collection that is dispersed among several institutions—helping to ensure that wider swath of individuals can be conserved. Following this concept, once they are large enough the plants will be distributed to Westonbirt and Goodwood, with possible other locations at Bedgebury Arboretum (the National Pinetum) and Wakehurst Place (Kew’s satellite garden in Sussex). In this way we can ensure that should anything happen to the original trees, there will be duplicate plants at a variety of locations. 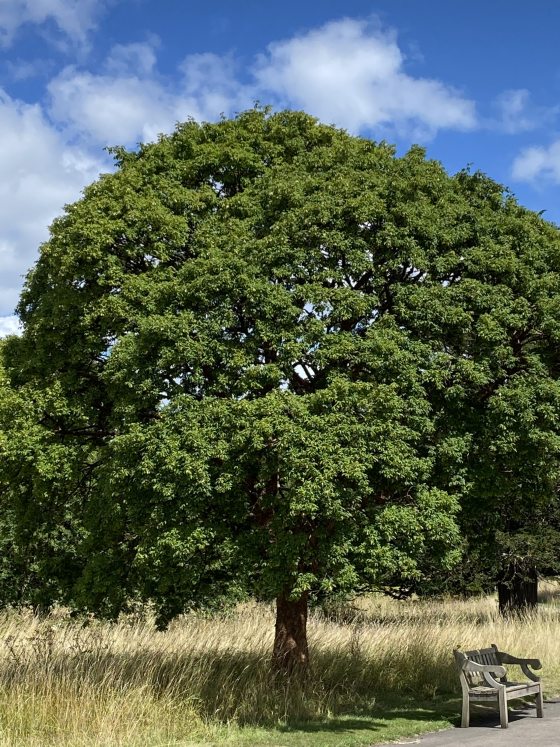 While I was in the UK, I interspersed visits to the collection sites with visits to other arboreta and gardens with significant tree collections, to learn about tree conservation practices, establish new links with these gardens, and maintain previous professional relationships.

While all of this is taking place in the UK, we are also continuing this project at Longwood Gardens, focusing on developing ex-situ collections of paperbark maples from specific locations in China. This past year we received two germplasm collections from Henan Province, neither of which were previously represented in the US. Overall there are only a small number of lineages of Acer griseum in the US, so adding one or two plants from a region not otherwise represented is a significant increase, and a huge step in the right direction in our efforts to conserve these beautiful trees.