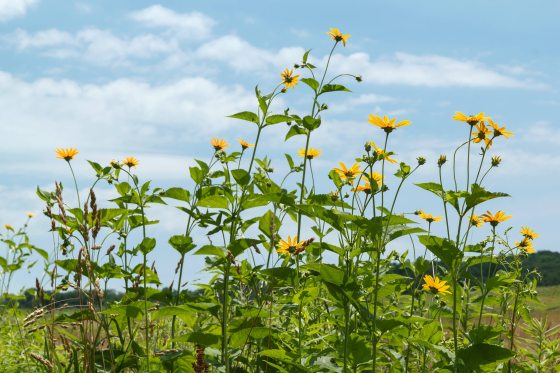 Kennett Square, PA – Longwood Gardens has launched its first Community Read featuring the conservation classic A Sand County Almanac by well-known conservationist Aldo Leopold (1877-1948). A Community Read is designed to encourage a region to join together in reading the same book to spur discussion around an important idea or topic. Area libraries and community organizations are joining in the effort and hosting programs and events throughout the spring. “We chose A Sand County Almanac because Aldo Leopold’s ethics surrounding nature, humanity and the connections between them have influenced how we manage our 1,077 acres of gardens, woodlands and meadow at Longwood,” said Paul B. Redman, director of Longwood Gardens.

Get Your Copy
A Sand County Almanac is available for purchase at the Longwood Gardens GardenShop and at major book retailers. It is available as an eBook, Kindle, Nook, and iBook and is also available to borrow at many public libraries in New Castle County, DE, and Chester County, PA.

About Longwood Gardens
In 1906, industrialist Pierre du Pont (1870-1954) purchased a small farm near Kennett Square, PA, to save a collection of historic trees from being sold for lumber. Today, Longwood Gardens is one of the world’s great horticultural displays, encompassing 1,100 acres of dazzling gardens, woodlands, meadows, fountains, 10,010-pipe Aeolian organ and grand conservatory. Longwood continues the mission set forth by Mr. du Pont to inspire people through excellence in garden design, horticulture, education and the performing arts, through programming that includes exhibitions, musical performances by leading artists, renowned horticulture education programs, horticulture research, environmental stewardship and community engagement. Open daily, Longwood is one of more than 30 gardens in the Philadelphia region known as America’s Garden Capital. For more information, visit longwoodgardens.org.

About Aldo Leopold
Considered by many as the father of wildlife management and of the United States’ wilderness system, Aldo Leopold was a conservationist, forester, philosopher, educator, writer, and outdoor enthusiast. Born in 1887 Leopold graduated from the Yale Forest School in 1909, and pursued a career with the newly established U.S. Forest Service in Arizona and New Mexico. By the age of 24, he had been promoted to the post of Supervisor for the Carson National Forest in New Mexico. In 1922, he was instrumental in developing the proposal to manage the Gila National Forest as a wilderness area, which became the first such official designation in 1924.

Following a transfer to Madison, Wisconsin in 1924, Leopold continued his investigations into ecology and the philosophy of conservation and in 1933 published the first textbook in the field of wildlife management. In 1935, he and his family initiated their own ecological restoration experiment on a worn-out farm along the Wisconsin River outside of Baraboo, Wisconsin. Planting thousands of pine trees, restoring prairies, and documenting the ensuing changes in the flora and fauna further informed and inspired Leopold.

A prolific writer, Leopold conceived of a book geared for general audiences examining humanity’s relationship to the natural world. Unfortunately, just one week after receiving word that his manuscript would be published, Leopold experienced a heart attack and died on April 21, 1948. A little more than a year after his death Leopold’s collection of essays A Sand County Almanac was published. With over two million copies in 10 languages sold, it is one of the most respected books about the environment ever published, and Leopold has come to be regarded by many as the most influential conservation thinker of the twentieth century.