Over the past 11 months, Longwood horticulturists have continually and meticulously trained their chrysanthemum bonsai in preparation for Chrysanthemum Festival. The result is a collection of more than 90 beautiful chrysanthemum bonsai, which can be viewed on a rotating basis through November 18, 2018, with approximately 40 plants on display at any given time. 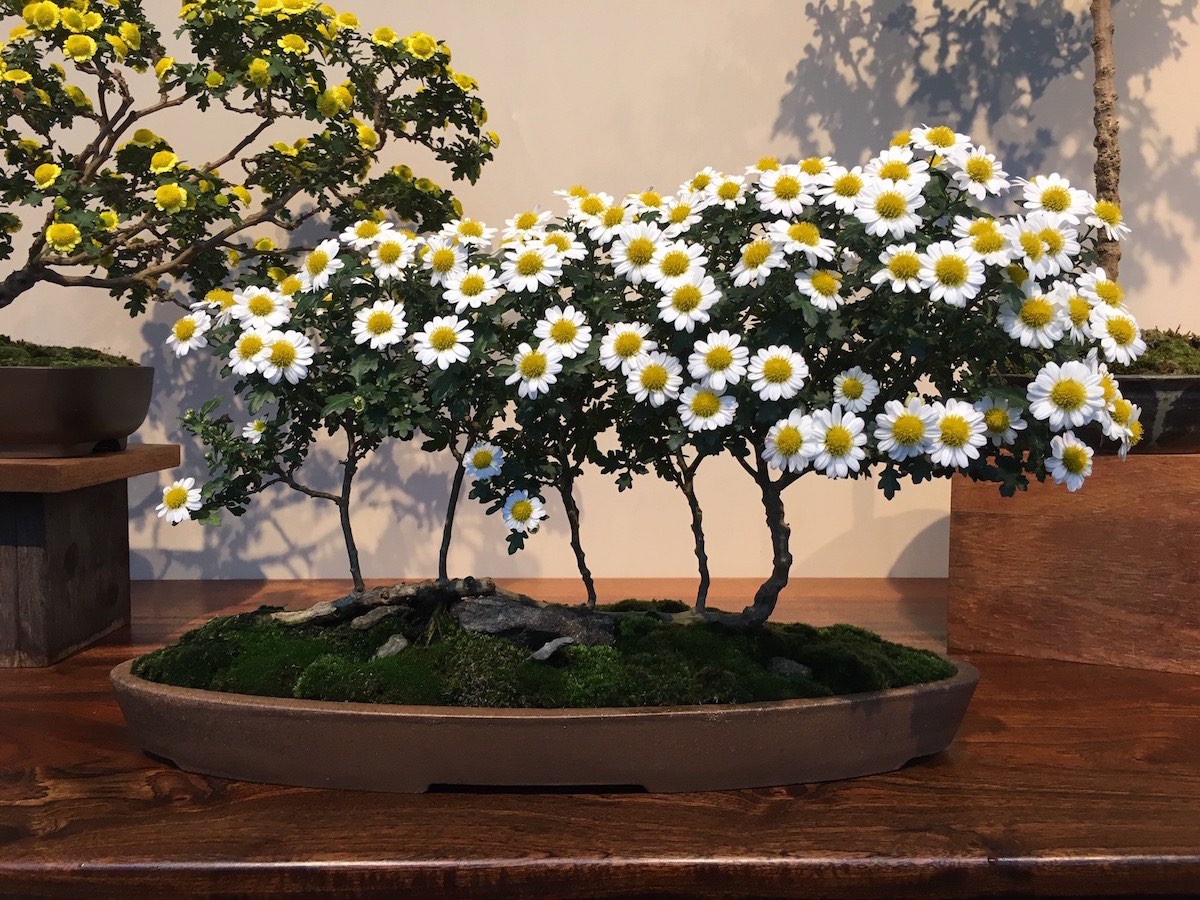 This ‘Chidori’ bonsai has been grown in the raft style. Photo by Kevin Bielicki.

Starting from a simple cutting, our horticulturists direct the growth of the bonsai to evoke the sense of a larger tree in the landscape. In mid-January these mums are grown from cuttings by our nursery team, starting from a single stem measuring only inches tall. We grow the cuttings in 5-inch terra cotta pots or tubes measuring 3 inches wide and 12 inches tall to allow for different possibilities in the final design of the mum. Tube growth encourages an elongation of the roots, making the bonsai ideal for root-over-rock or exposed-root plantings, which ultimately gives the bonsai the appearance of a mountainous tree or one that has grown near water embankments, experiencing the erosion of soil by the movement of water. 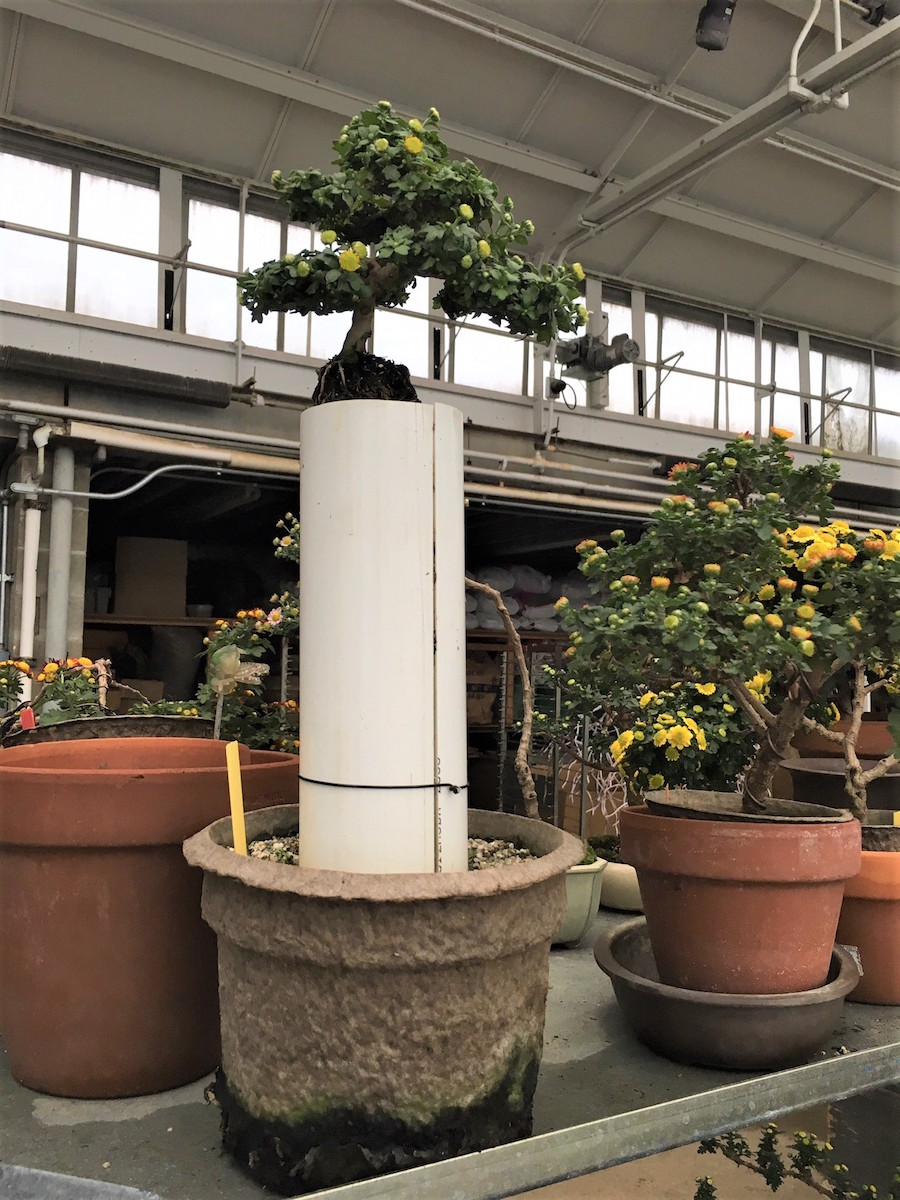 A ‘Hatsune’ bonsai is shown growing in a tube to allow for a specific design of growth. Photo by Kevin Bielicki.

In mid-May we select which cultivars we would like to build upon and at this time complete the initial wiring and pruning. Starting training at this time is ideal, as the bonsai are more pliable and can be shaped more effectively. The mums evolve tremendously throughout the season but are developed with specific styles in mind. Utilizing the natural shape of the tree, we direct them into traditional bonsai forms, including raft, upright, slant, and broom forms. Besides these traditional forms, we encourage staff to experiment with their own artistic interpretations. Each of the nine chrysanthemum bonsai cultivars we have selected for display are known as gnome cultivars, and have been bred for their small leaves and flowers that range in size from one-half inch to 1 inch in size. 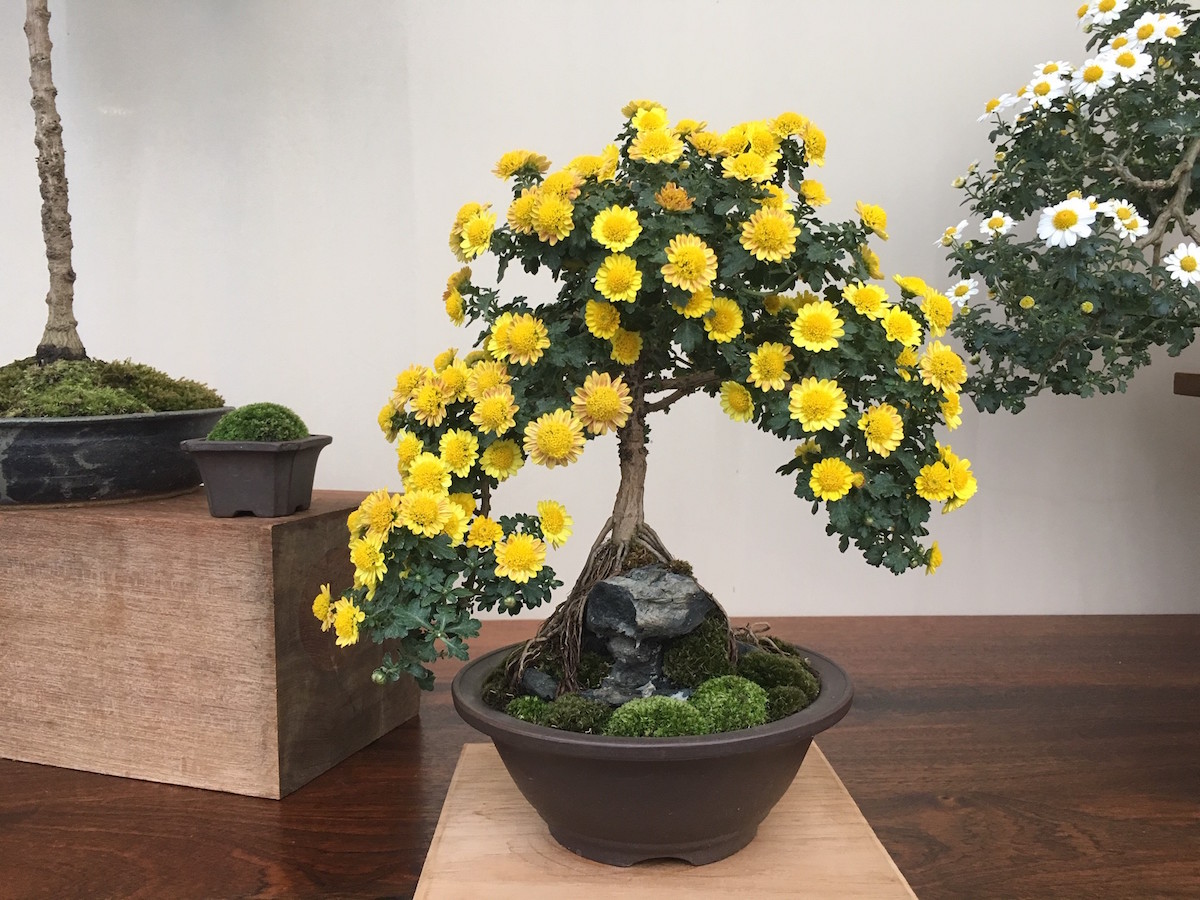 This ‘Seigi’ bonsai has been grown in a root-over-rock style. Photo by Kevin Bielicki.

From this point on we prune and wire the bonsai every one to two weeks. We remove old wire and larger leaves, and pinch growth tips to allow for finer branching. In August, we complete final pinching before heading to a light-controlled area to induce early flowering, so we can have them ready just in time for Chrysanthemum Festival. In October, we begin the flower bud selection process, during which we select buds of similar size and those that are evenly placed. We pot these selections into smaller display containers that complement the design of the tree a week before they make their Chrysanthemum Festival debut. 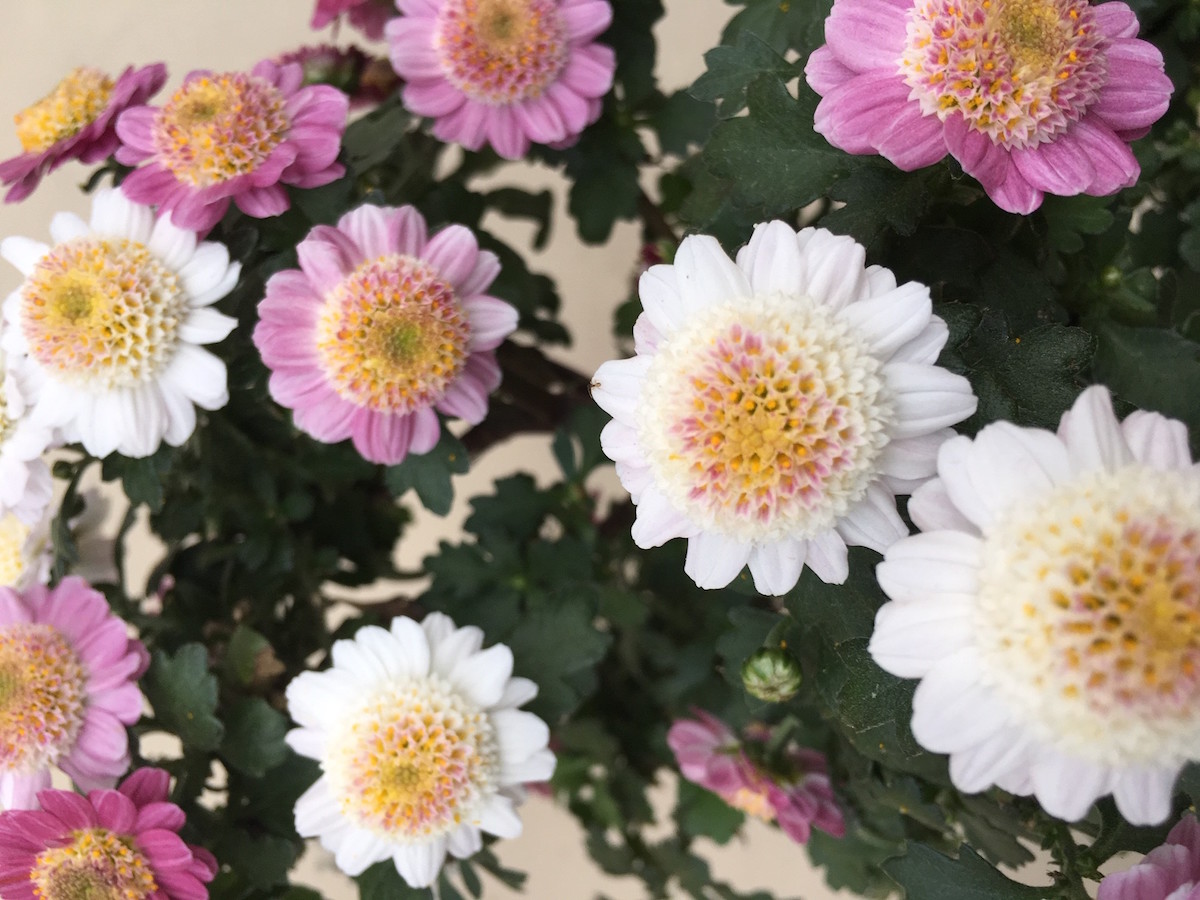 A close look at the ‘Tsukomo’ flowers on the gnome bonsai highlights their intricacies. Photo by Kevin Bielicki.

More on Exhibits
A Brilliant Return
By Katie Mobley, on September 16, 2021
Read More

More on Exhibits
A Lesson in Signature and Identity
By Katie Mobley, on May 24, 2021
Read More