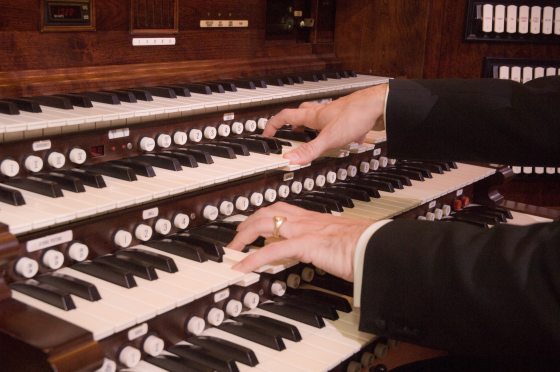 Longwood Gardens today announced its inaugural International Organ Competition, where-up-and-coming organists will compete on The Longwood Organ for a $40,000 first prize, the largest cash prize of any organ competition in the world.

Kennett Square, PA- Longwood Gardens today announced its inaugural International Organ Competition, where-up-and-coming organists will compete on The Longwood Organ for a $40,000 first prize, the largest cash prize of any organ competition in the world. Preliminary and final rounds are June 18-23, 2013 in the magnificent ballroom at Longwood Gardens near Philadelphia, Pennsylvania.

Applications are available at Longwood Gardens International Organ Competition. Open to ages 18-30 years old, only the first 100 applicants will be accepted. The application deadline is November 1, 2012.

A distinguished panel of experts will judge the competition including Paul Jacobs, Chair of the Organ Department at The Juilliard School; Thomas Murray, Professor of Music at Yale University; Oliver Condy, Editor of BBC Music Magazine; Sophie-Véronique Cauchefer-Choplin, Titular of the Grand Orgue of Saint Jean-Baptiste de la Salle in Paris; and Peter Richard Conte, Grand Court Organist of the renowned Wanamaker Organ and Principal Organist at Longwood Gardens.

“The Longwood Gardens International Organ Competition recognizes and nurtures the next generation of great organists,” said Longwood Gardens Director Paul B. Redman.  “Our founder, Pierre S. du Pont, believed the performing arts were an important part of the Gardens experience and installed the first organ at Longwood in 1921. Since then, Longwood has continued its commitment to the organ, adding an organ museum in 2005, completing a major restoration of our Aeolian organ in 2011, and now, through the launch of this competition.”

The Longwood Organ is among the world’s largest concert organs, with 146 ranks and 10,010 pipes. After a seven-year restoration completed in 2011, the organ is restored to its original 1930 condition and incorporates today’s most innovative technology.

About Longwood Gardens
Longwood Gardens is one of the world’s great gardens, encompassing 1,077 acres of gardens, woodlands, meadows, fountains, a 10,010-pipe Aeolian organ and conservatory. Longwood continues the mission set forth by founder Pierre S. du Pont to inspire people through excellence in garden design, horticulture, education and the arts. More information at longwoodgardens.org.