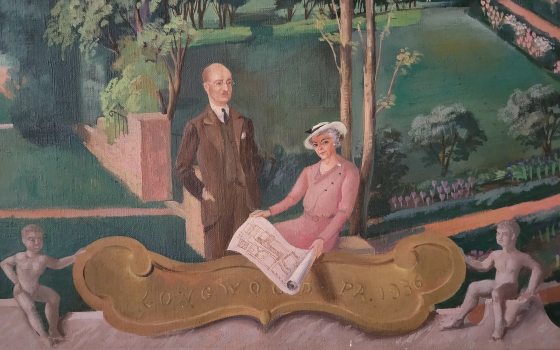 Pierre S. and Alice du Pont, Longwood Gardens’ founders, were well-known for their philanthropy and generosity. They both believed that those with means held a responsibility to help improve others’ lives. It is well documented that they both supported countless worthy causes, donating millions of dollars to improve schools, hospitals, roads, and much more. Lesser known may be their support of many local historical and cultural organizations, including the Philadelphia Museum of Art. Alice du Pont played a very important role in the 1926 acquisition of one of the museum’s well-known period rooms—which made quite a stir upon its opening—and can still be viewed today. 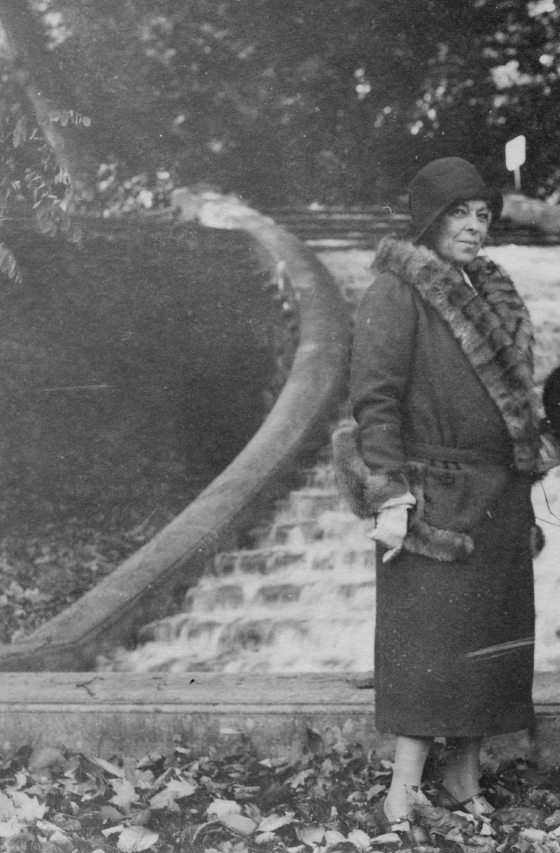 The Philadelphia Museum of Art first opened as the Pennsylvania Museum and School of Industrial Art in 1877 in Memorial Hall in Fairmount Park (constructed for the Centennial Exhibition). Needing a larger space for its expanding collections and visitor count, the museum’s current home was constructed on Philadelphia’s highest point--Fairmount Hill, opening in 1928. Museum Director Fiske Kimball’s vision was to install historic interiors in which to display the museum’s collections within an architectural context. Board member J. Stogdell Stokes had a room in mind, and thought he knew who might help him obtain it.

Stokes’s wife May was a friend of Alice du Pont’s and a fellow alumna of Bryn Mawr College. Alice and May attended performances at the Academy of Music together for many years, and after Alice’s 1944 death May wrote to Pierre of her friend’s “delicious keen humorous sidelong glance, which was for me the most characteristic thing about her.” In 1926, Stokes penned a letter to Alice, which included a warning that she might get cold feet (and perhaps appealed to Alice’s humorous side): “Put your feet up against the fire to keep them warm & settle back in an easy chair to prepare for a blast from me…should your feet become very cold, use these pages to start up the blaze. Now to the point…” He went on to describe a “very wonderful old house” in the Pennsylvania German style in Lebanon County, PA. “The panelling is a type the Metropolitan Museum tried in vain to get in some of their rooms in the American Wing. The staircase is probably in a class by itself.” He goes on to ask if perhaps Alice might consider giving the room to the museum: “I know you are everybody’s target but sometimes there are things one likes to do and that is the only basis I would like you to consider this.”

Architectural drawing of the 1752 Müller house. House of the Miller at Millbach, 1927, Fiske Kimball Records, Philadelphia Museum of Art, Library and Archives.

The house in question was the historic 1752 Müller house in Millbach, Lebanon County. A 2012 article in the Winterthur Portfolio describes it as “a rare surviving American example of a Germanic house-mill, in which domestic and industrial spaces were connected under a single roof.” Alice’s feet did not get cold--she donated the Müller kitchen, and she and Stokes apparently recruited Pierre’s brother Lammot and his wife to donate the bedroom from the house. The owners had offered to sell the fixed contents of the rooms on the condition that they were replaced with their modern equivalents.

The rooms, the first Pennsylvania German interiors to be displayed by a museum, made quite a stir in 1928 upon the opening of the new museum building. An article in the March 1928 Bulletin of the Pennsylvania Museum describes the kitchen: “This room, the gift of Mrs. Pierre S. du Pont, represents the primitive architecture of Pennsylvania, illustrating at its best the work of the Pennsylvania-Germans. The great fireplace spanned by a moulded oak beam, the rich double-fielded panels of the doors, the heavy square moulded balusters of the staircase, the elaborate hardware of wrought iron, are alike characteristic of the style and unique in richness among known examples of it.”

In a 1928 letter from Stokes to Alice, he writes “I am surprised, as I am sure you are, at the great hit the old rooms are making.” They were written about in The Philadelphia Inquirer and The Magazine Antiques, and the kitchen was mentioned in The Metropolitan Museum of Art Bulletin. In 1929, Philadelphia department store Wanamaker even presented a reproduction of the kitchen in its series of “historically furnished rooms reproducing … Early American Originals.” The kitchen remains on display at the Philadelphia Museum of Art today, but the bedroom has been removed from display.

Alice was elected a Fellow for Life of the museum in October 1926 “in consequence of gifts and donations to the Corporation.” Stokes, who became Chairman of the Museum Fund of 1928, wrote a letter to Alice asking her to ignore any further solicitations she received from the museum. He said of her and Pierre: “I do not know of any who do as much as you and need less to be told how to do it.”