Paul B. Redman is an award-winning leader of public gardens, known for his dedication to the beauty and sustainability of gardens, and to the training of future generations of horticulture professionals. A hallmark of Paul’s leadership is building a culture of planning to propel a shared vision forward.

As President and Chief Executive Officer of Longwood Gardens for the last 14 years, Paul has implemented institutional and strategic reforms that have positioned the Gardens as a premier horticultural, cultural, and educational institution of the 21st Century, while respecting the values of its founder, Pierre S. du Pont. While numbers aren’t the only measure of success, especially during this tumultuous time across the globe, Longwood’s growth as an economic engine, a cultural treasure, and a community supporter cannot be overlooked. Since Paul’s arrival attendance has doubled to almost 1.54 million visitors per year; Membership support increased from 17,000 to 73,000 households; and earned income has almost tripled. New community engagement programs have been created providing greater access; thousands of hours of staff time, talents, and annual funds have been donated to local and national organizations; and free virtual field trips have taught tens of thousands of children around the world. In May 2020, Longwood Gardens was still ranked the most visited paid public garden in North America and the most visited paid cultural attraction in Philadelphia.

A consummate professional, Paul freely shares his time and expertise, serving as the Leadership Cabinet Co-Chair for Seed Your Future, a national initiative to promote awareness and careers in horticulture; and previously serving as Board President and Treasurer of the American Public Gardens Association. His honors include: 2018 National Garden Clubs Award of Excellence; 2017 Distinguished Alumnus from the Division of Agricultural Sciences and Natural Resources at Oklahoma State University; 2016 American Public Gardens Association Award of Merit; the International Garden Tourism Network’s 2015 Person of the Year; 2015 American Horticultural Society’s Professional Award; 2014 Wyck Strickland Award; 2014 American Society of Horticultural Science’s Dr. William A. “Tex” Frazier Lecturer; 2012 CEO of the Year by the Chester County Chamber of Commerce, Business & Industry; 2008 Distinguished Horticulture Alumnus from Oklahoma State University; and where his professional career first began, Franklin Park Conservatory, receiving the Ann Islay Wolfe Award for extraordinary contributions to the organization.

“If a strategic plan is done correctly it will outlive any single individual or personality.”

Paul B. Redman, as quoted in The New York Times

Chris Benevento joined Longwood in January 2016 as head of the Guest Services & Operations Department, which includes more than 600 staff members and volunteers across seven divisions. He and his team are entrusted with providing each guest with an extraordinary garden experience that exceeds expectations. Chris oversees retail operations, guest admissions and engagement, performing arts, public safety, and event operations.

Possessing extensive industry knowledge and first-hand experience in programming and operating a variety of premier entertainment venues, Chris has held a variety of leadership positions during his career. Prior to joining Longwood, he served as Regional Vice President at SMG, a public venue management organization that specializes in the planning, development and operation of sports, entertainment, and cultural attractions worldwide. At SMG Chris managed the hospitality division, consisting of a diverse venue portfolio including stadiums, arenas, convention centers, and performing arts facilities. Earlier in his career, Chris served as General Manager at multiple National Football League and Major League Baseball stadiums. 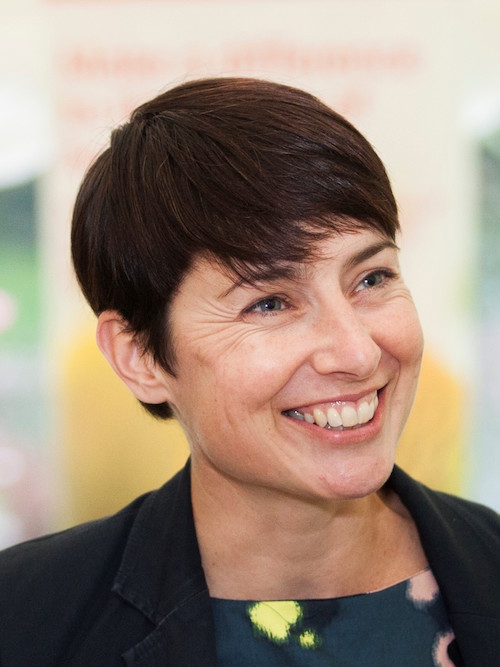 Sarah Cathcart comes to Longwood from the Royal Horticultural Society (RHS) in the UK, where she was Head of Education and Learning. While at RHS, Sarah was responsible for the RHS Campaign for School Gardening with approximately 30,000 participating schools. In addition, she oversaw the quality and direction of RHS’s education programs for school-age children through Master of Horticulture programs and actively sought strategic collaborations and partnerships to advance RHS’s educational mission. As Vice President of Engagement and Learning, Sarah oversees the development, implementation, and coordination of Longwood’s global education programs, which include: the two-year Professional Horticulture Program; the School & Youth Program, which attracts 45,000 students online and in person; the Co-Op Program; Continuing Education Program for adults; the High School and University Internship Program; the International Internship and Training Program; the 13-month Longwood Fellows Program; and the Longwood Library and Archives.

Prior to her appointment at Longwood, Marnie served in various marketing management positions. She most recently served as adjunct professor, Heinz College of Public Policy and Management at Carnegie Mellon University in Pittsburgh, where she developed curriculum and taught for-profit and non-profit marketing courses for the Master of Arts Management Program and for the Master of Entertainment Industry Management Program. Previously, Marnie served as director of marketing for Carnegie Museum of Art and for Phipps Conservatory and Botanical Gardens in Pittsburgh, where she developed and led both institutions' marketing initiatives through periods of strong growth in audience and revenue.

Dennis Fisher is the Chief Financial Officer and Vice President of Administration for Longwood Gardens. Dennis has served Longwood for twenty years, holding positions as an accountant and a controller prior to his promotion to department head in May 2003.

As a CPA, Dennis received his bachelor’s degree in accounting from Elizabethtown College. Upon graduation, he worked as a public accountant for Brown Schultz Snyder Mutzel & Plesic (successor to the Harrisburg, PA, practice of Laventhol & Horwath) for six years.

In addition to his responsibilities with Longwood Gardens, Dennis is past president of the Longwood Rotary Club.

As Vice President of Facilities, Kenneth Grablewski is responsible for upholding standards of excellence related to Longwood Gardens’ overall maintenance, operation, and construction. He oversees a department of 50 staff members who are tasked with a broad range of activities in maintenance operations and planning, organizational programming, and information technology. He will be involved with critical components of Longwood’s 40-year facilities site master plan, including the upcoming renovation of the historic Main Fountain Garden.

Before joining Longwood Gardens in 2014, Kenneth most recently served as Senior Director of Facilities Maintenance and Operations at the University of Delaware, where he provided direction and planning for the Facilities IT department, helped to develop a new 243-acre brownfield site, and played an instrumental role in implementing energy and sustainability projects on campus. He was previously a Distinguished Manager of Technical Staff at Agere Systems (formerly Lucent Tech/AT&T) in Reading, PA, and began his career as a mechanical engineer at Bechtel Power Corporation in Limerick, PA. Kenneth holds a master of science in industrial engineering from Texas Tech University, a master of business administration from St. Joseph’s University in Philadelphia, and a bachelor of science in mechanical engineering from Penn State University. His managerial and technical skills combined with an extensive engineering background make him a valuable addition to Longwood’s leadership team. 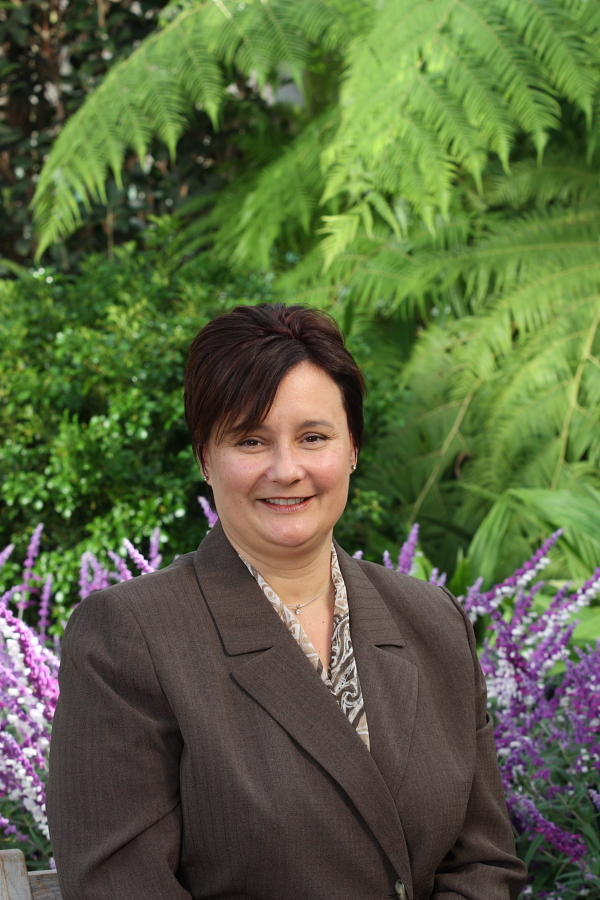 As the Vice President of Horticulture at Longwood Gardens, Sharon Loving leads a staff of more than 70 employees, who are responsible for producing and maintaining the world-renowned displays and landscapes on Longwood’s 1,083 acres. She plays a major role in the strategic direction of the organization, including its vision for land stewardship, master planning, capital improvement projects, and the annually changing themes of seasonal displays and exhibits at Longwood.

Sharon earned an associate degree in ornamental horticulture and greenhouse management and a bachelor's degree in management studies from the University of Maryland. Prior to joining Longwood in 1984, Sharon held wholesale and retail horticultural positions in greenhouse production, sales, floral design, and florist shop management. She has taught courses for the Continuing Education and Professional Horticulture Programs at Longwood, served as a public spokesperson on nationally syndicated television programs, and participated in several study garden tours of Europe. Sharon is also on the board of directors of the Delaware Center for Horticulture.