But, you may be interested in one of these related events:

Fully online. Explore a selection of plants that can solve your plant problems and how the right plant can create beautiful results

4 online sessions. Learn how to define spaces that are truly supportive of people and plants.

About This Online Event

Join Community Read author J. Drew Lanham (The Home Place: Memoirs of a Colored Man’s Love Affair with Nature), and master storyteller and creator of Voices in the Landscape Charlotte Blake Alston as they engage in a discussion of the art of storytelling during this free webinar.

In The Home Place, birder, naturalist, and hunter-conservationist Lanham examines his personal history and journey to become a wildlife ecologist, uncovering lessons about legacy and injecting a deeper sense of human caring into his life and work along the way. Committed to perpetuating the African and African American oral storytelling traditions, nationally acclaimed storyteller Alston performs around the world and has served as host and narrator of The Philadelphia Orchestra’s school and family concerts since 1991. Alston’s Voices in the Landscape—now on view throughout our Gardens or virtually from home—honors the strength, resilience, and contributions of the African American community through the lens of horticulture and the power of story.

During this online event, Lanham and Alston engage in a thoughtful conversation about their work, their storytelling styles, and the stories that resonate with them the most. Participants are encouraged to ask questions during the question-and-answer portion of the webinar.

A native of Edgefield, South Carolina, J. Drew Lanham is the author of The Home Place: Memoirs of a Colored Man’s Love Affair with Nature, which received the Reed Award from the Southern Environmental Law Center and the Southern Book Prize, and was a finalist for the John Burroughs Medal. He is a birder, naturalist, and hunter-conservationist who has published essays and poetry in publications including Orion, Audubon, Flycatcher, and Wilderness, and in several anthologies, including The Colors of Nature, State of the Heart, Bartram’s Living Legacy, and Carolina Writers at Home. An Alumni Distinguished Professor of Wildlife Ecology and Master Teacher at Clemson University, he and his family live in the Upstate of South Carolina, a soaring hawk’s downhill glide from the southern Appalachian escarpment that the Cherokee once called the Blue Wall. 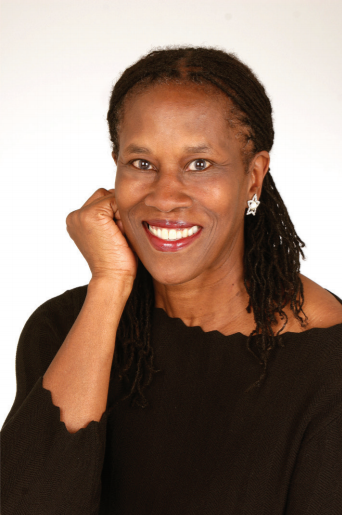 Charlotte Blake Alston, creator of Voices in the Landscape.

Charlotte Blake Alston is a nationally acclaimed storyteller, narrator, singer, and librettist who performs in venues throughout North America and abroad. A highly sought after storyteller, she is committed to perpetuating the African and African American oral storytelling traditions. She has made multiple appearances in such venues as the Smithsonian Institution, the John F. Kennedy Center for the Performing Arts, the National Museum for Women in the Arts, the National Storytelling Festival, and the National Festival of Black Storytelling. She was one of two storytellers selected to present at the historic weekend opening of the National Museum of African American History and Culture in Washington, DC. Alston has appeared as host and narrator of The Philadelphia Orchestra’s school and family concerts since 1991. She was the featured host, storyteller, and narrator of the Carnegie Hall Family and School Concert series from 1995 to 2016. Her narrative voice can be heard on documentaries aired on PBS and on Fels Planetarium shows. She is the narrative voice of maternal and newborn care health training videos for UNICEF and Global Health Media. Alston has been a featured storyteller at both presidential and gubernatorial inaugural festivities. She has received numerous honors and awards including a Pew Fellowship in the Arts, the Commonwealth of PA Artist of the Year Award, the National Storytelling Network’s Circle of Excellence Award, and the Zora Neale Hurston Award, the highest award conferred by the National Association of Black Storytellers. In 2015, she received the Distinguished Teaching Award from the Alumni Association of the Friends Select School, where she taught prior to launching her artistic career. It is an honor she greatly cherishes.

Voices in the Landscape

We welcome our 2021 partner organizations!