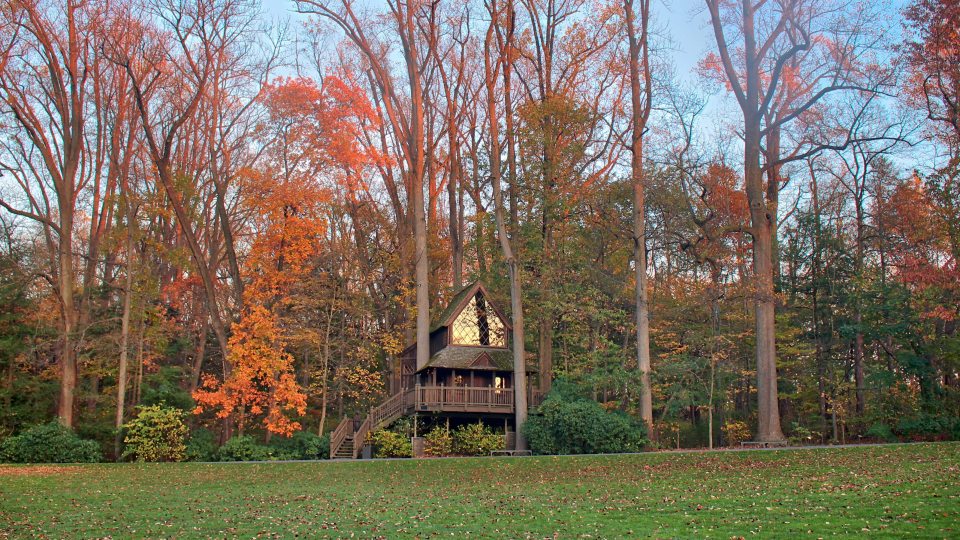 Looking to decompress? Stroll by the Large and Small Lakes, where you’ll enjoy expansive views of rolling green lawns, midnight-blue water, and trees that reach for the sky. Treat yourself to a visit to this area of Longwood—breathe deeply, and find a moment or two of (very beautiful) serenity.

There is always something to stop and admire at the lakes, whether you’re walking by them on your way to Peirce’s Woods, the Italian Water Garden, or the Meadow Garden. The casual, park-like setting includes a wide range of horticultural offerings throughout the year. In the spring, banks of flowering trees, daffodils, and layered shades of chartreuse emerge, while summer encourages daylilies, deep green hues, and a chorus of birds. Fall foliage is a given, but what you might not expect is the painterly effect of the colors mirrored in the inky blue water. Winter brings quiet forms and misty mornings.

Often used as a backdrop for art installations, the lakes have featured the works of Bruce Munro and Klip Collective, and are an annual setting for the lights of A Longwood Christmas. Not to be missed as you wander the surroundings: our Love Temple, a folly of the sweetest kind (and the site of many betrothals), which was added in 1967. Tucked into a grove of trees near the Large Lake is the Canopy Cathedral treehouse, which is often abuzz with the sounds of children. 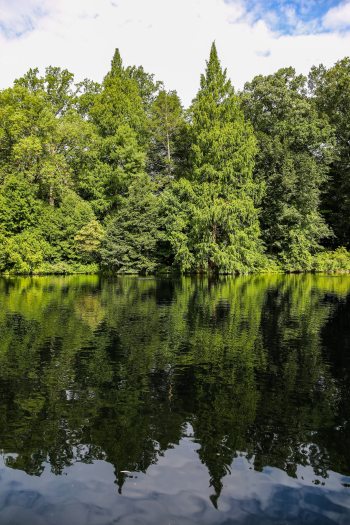 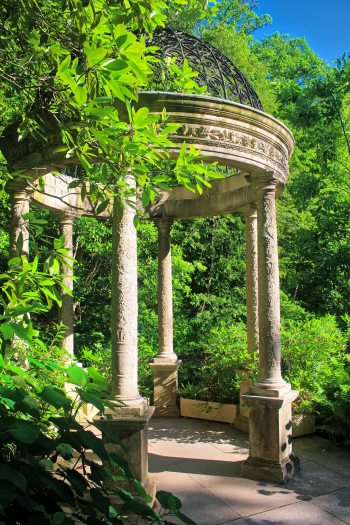 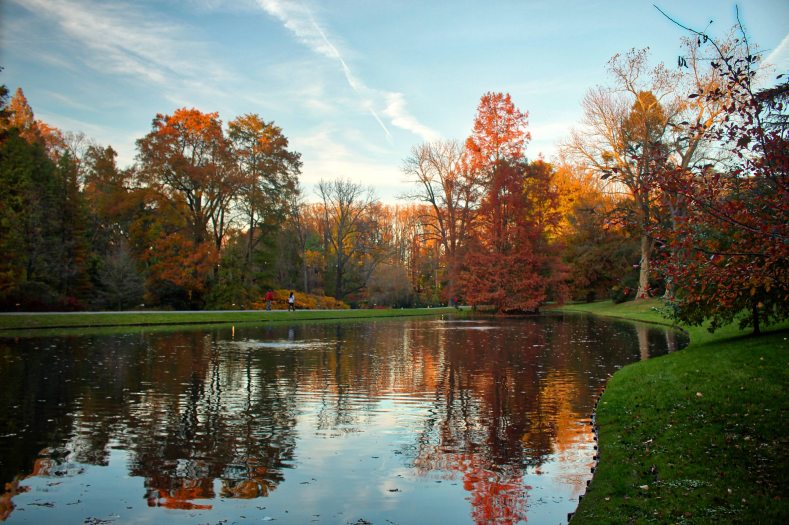 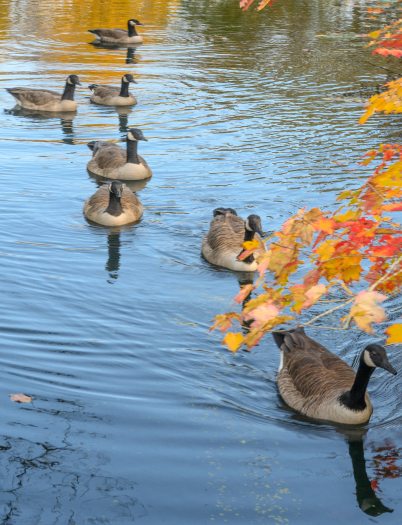 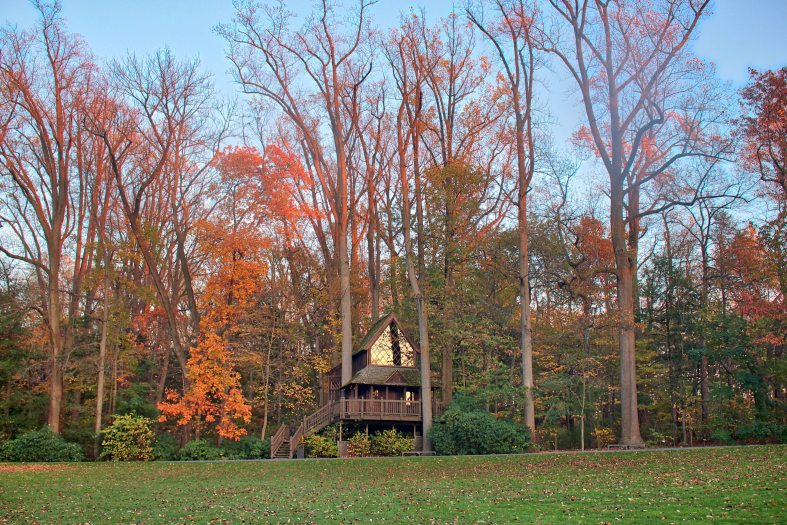 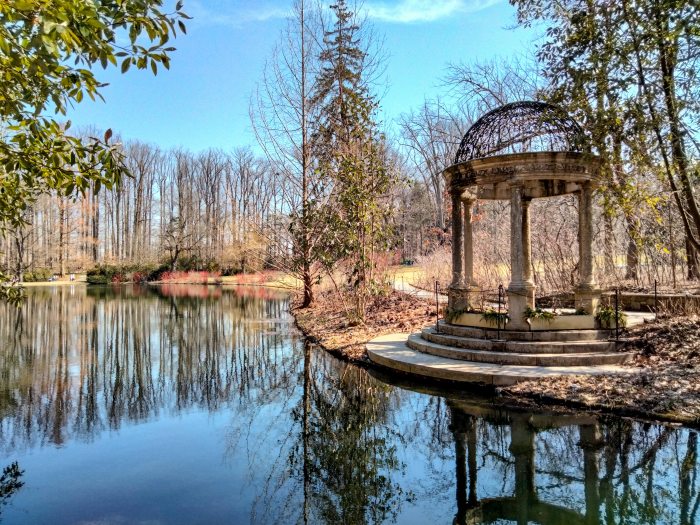 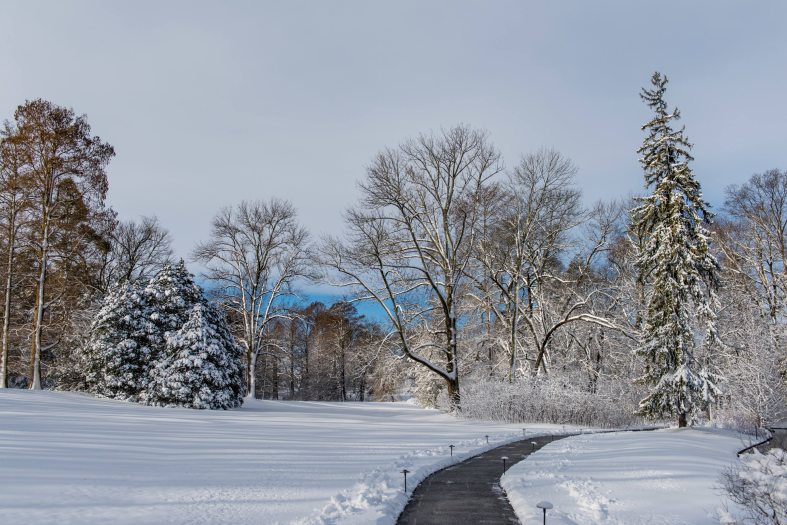 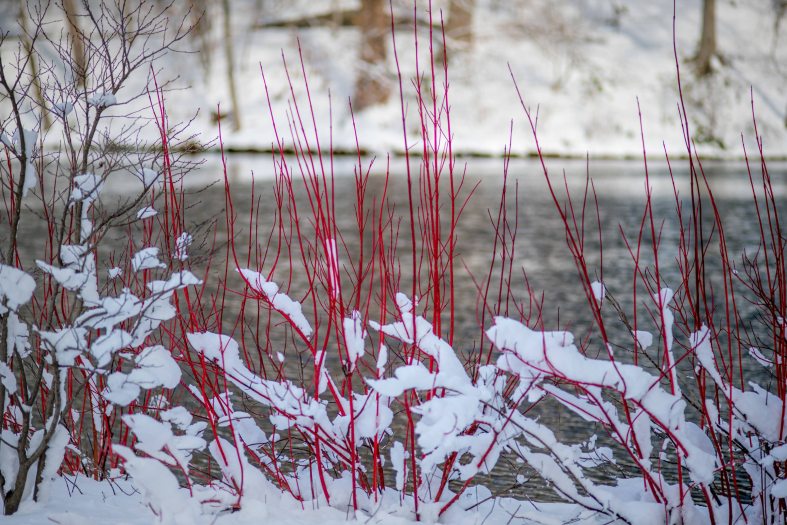 George Washington Peirce inherited the farm and arboretum belonging to his father, Joshua, and uncle Samuel in 1851. While George shared his father’s passion for horticulture, the Industrial Revolution and the development of machines had afforded many families with something new: spare time. Additionally, public parks were gaining popularity across the country—New York City’s Central Park was established in 1858— and George was in favor of developing the area around the lake as a pleasure ground. He supplied the lake with rowboats and built rustic summer houses for visitors to enjoy as their children played in a nearby treehouse.

Unsurprisingly, the park became very popular, providing a meeting place for local organizations. In addition to all of this, he continued to care for the arboretum that his father and uncle had planted, amending the landscape and replacing specimens as needed. Following his death in 1880, George’s heirs kept the park open but did little to care for the arboretum, allowing the trees to deteriorate. After 200 years of ownership, the Peirce family sold the property. It changed hands three times, and then in July of 1906, Longwood’s founder Pierre S. du Pont (1870-1954) purchased the property to save the storied trees.

One of Pierre’s earliest projects after he purchased the farm was the restoration of the lakes. Both lakes were dredged to remove the overabundance of silt, and Pierre had a rustic style bathhouse installed with pathways leading to it as well. With his modest enhancements, he redefined a naturalistic setting abutting the woodlands.  At the beginning of the 20th century, the lakes were part of a private golf course used by Pierre and the Longwood staff. In fact, the 8th hole—a very challenging shot indeed—was located near the Large Lake.

In 1967, a Love Temple was donated to Longwood Gardens. The stone and iron gazebo was sited at the southwestern edge of Large Lake and within a few years, a flagstone walk was installed to help visitors navigate the boggy areas nearby. In addition to offering a charming vista of the lake, the formality of the structure provided a pleasing visual contrast to the largely naturalistic setting. The temple was later replaced with a cast-stone reproduction and the paths and paving around and under the temple were reconfigured.

In 2008, in conjunction with Arbor Day, a spectacular display of grand treehouses debuted: Nature’s Castles. Canopy Cathedral, one of three houses designed for the installation, is an ornate two-story structure inspired by a Norwegian Stave Church. Designed by Peter Nelson of TreeHouse Workshop, Inc. in Seattle, it boasts an intricate glass façade and hand-carved fantastical creatures throughout its 400 square-feet. The treehouses were meant to live through Labor Day of the year they were constructed, but they proved so popular they remain here today. 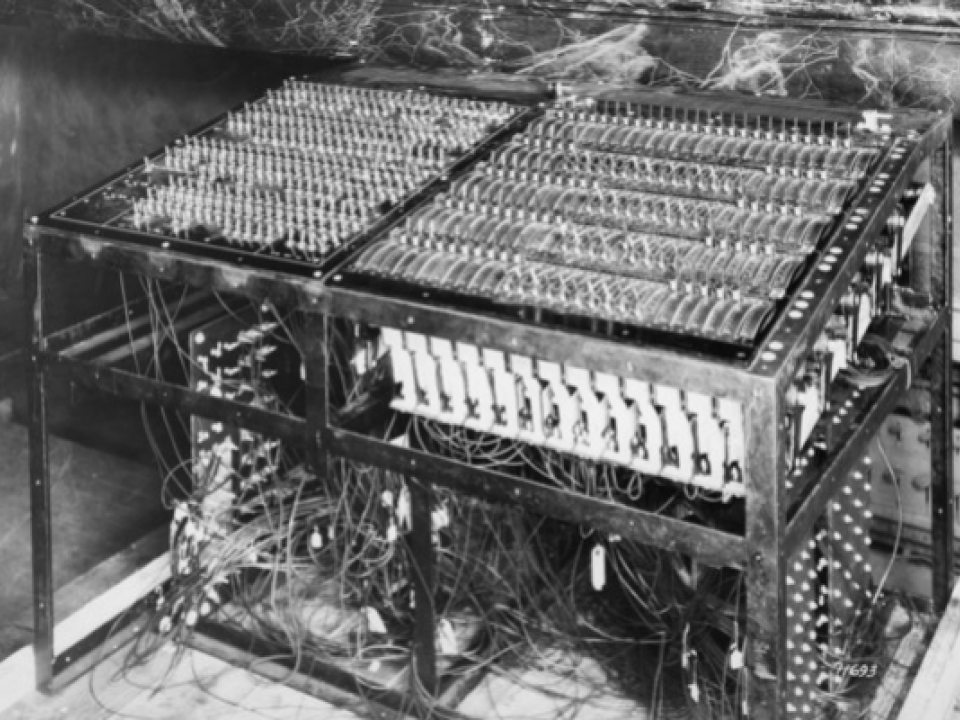 Fountain Technology in the Jazz Age