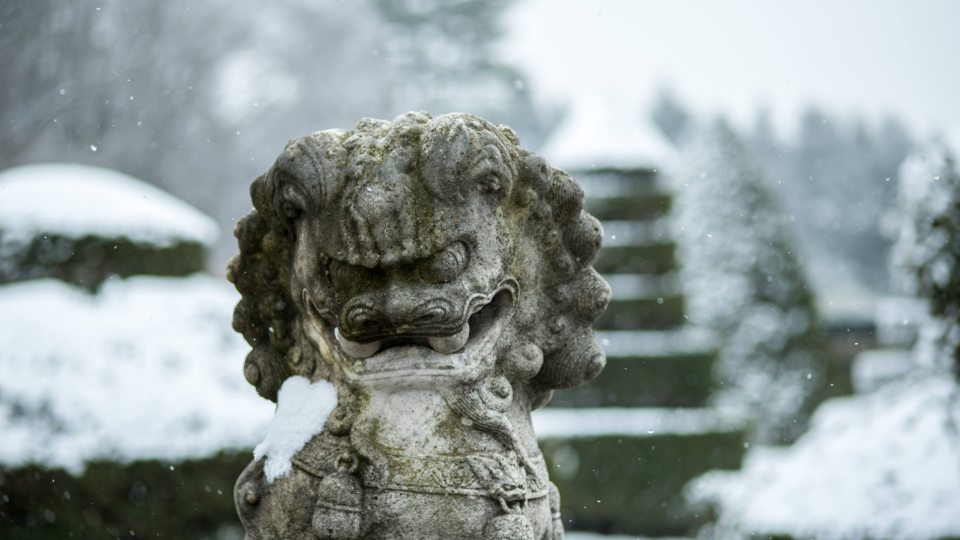 From playful bunnies to fanciful spirals, you’ll find more than 35 specimens of meticulously maintained, highly cultivated yews in our Topiary Garden. Fancy a game of hide-and-seek? Children (and the young at heart) are often seen darting from behind the shapely, statuesque forms. Whether you’re here to play or here to marvel, a stroll amongst these impressive living sculptures is sure to leave a lasting impression.

Regardless of how you felt about high school geometry, no one can deny the arresting effects of this garden's mathematical precision. Over the years, the garden's shrubs have been groomed into pyramids, screws, a chair and table, a rabbit, and cubes, among other shapes. The rounded mounds, when topped with fresh snow, resemble colossal cupcakes; in the spring, an allée of paulownia trees planted in 1937 provides a pastel backdrop of softness to angular silhouettes. On hot days, guests can be found in the shade of a tiered, conical spire, upon which an alert bird lingers. Come fall, the deep evergreen color of the yews provides an earthy, dramatic contrast to the blue sky and autumn hues of surrounding trees. Echoing the clipped trees of the Main Fountain Garden and the tidy circle of yews in the adjacent Rose Garden, this formal space connects the landscapes artfully, with an elegant spirit.

Go Inside our Topiary Garden 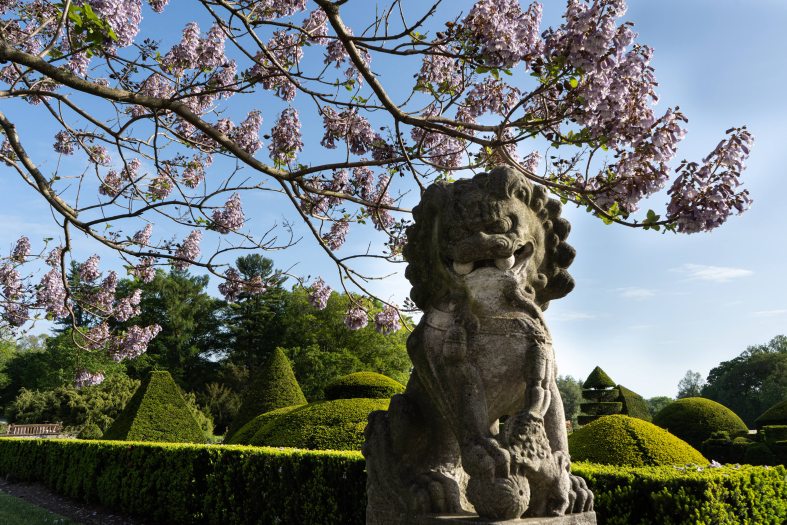 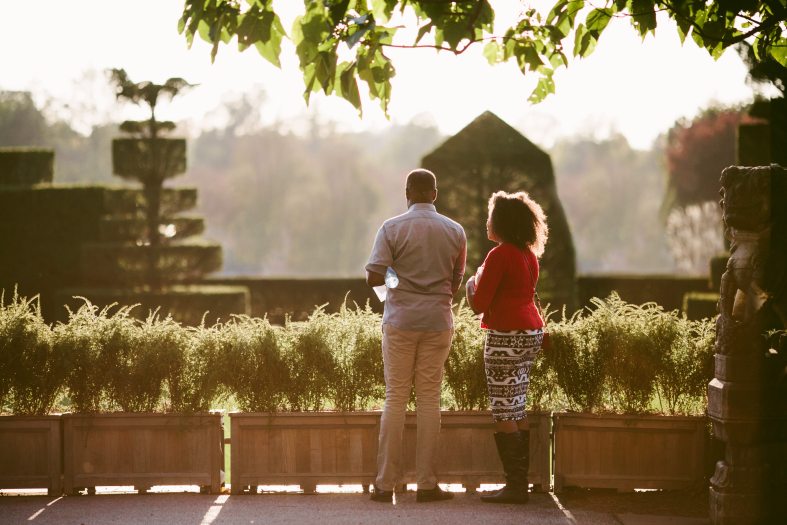 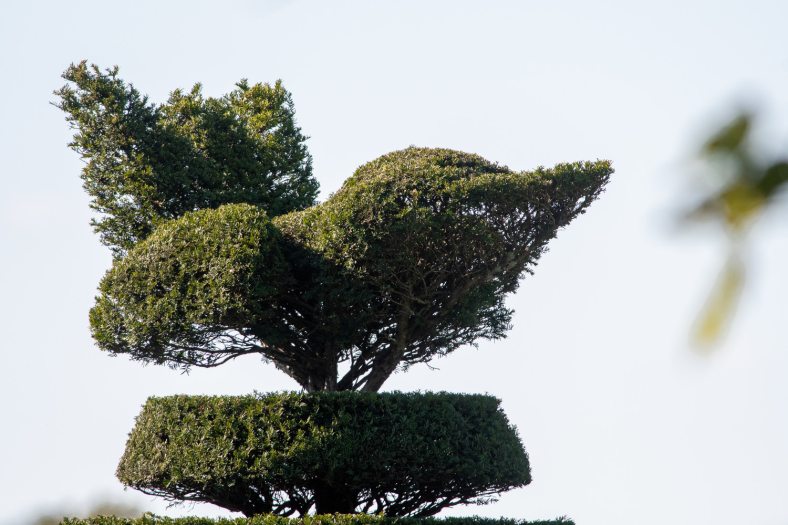 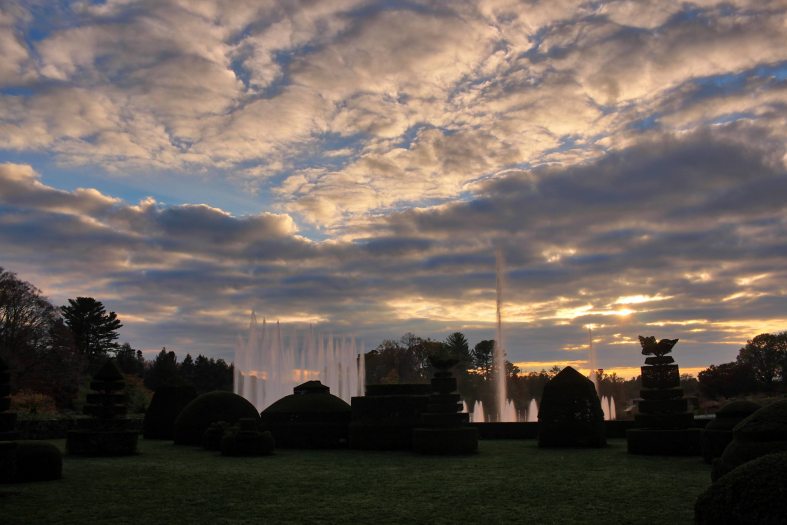 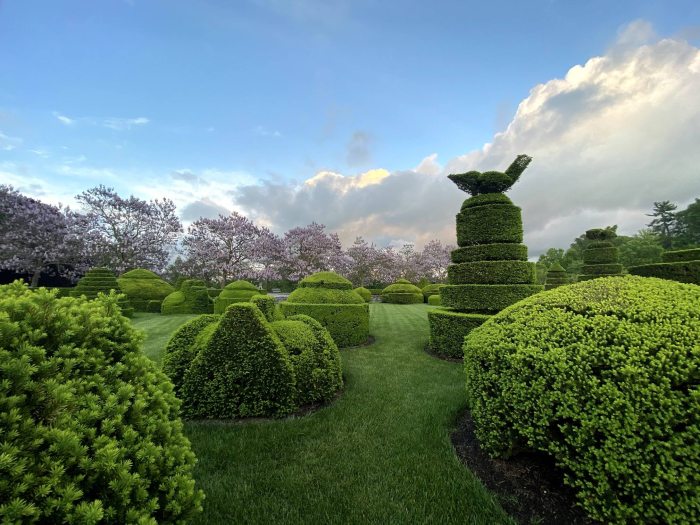 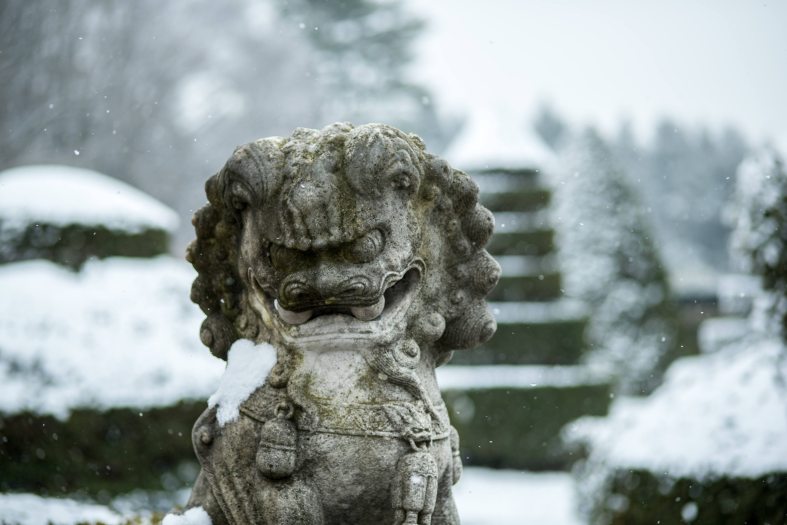 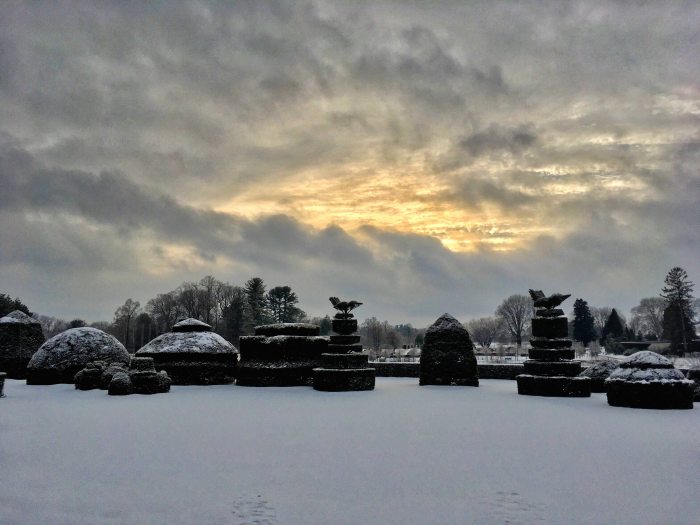 As far back as ancient Egypt, where topiary designs were depicted on the walls of tombs, to Rome, where ars topiara publicly conveyed social status, this artform has intrigued gardeners (and garden admirers)—and continues to inspire today. While styles and approaches vary, the yew (Taxus baccata) is one of the most common plants to be used in this type of design, owing to its hardiness, longevity, and density of foliage.

Today’s Topiary Garden was once known as the Sundial Garden, as it was the location for our analemmatic sundial, founder Pierre S. du Pont’s (1870-1954) final construction project at Longwood. Inspired by a similar sundial he had admired outside the Monastère Royal de Brou in Bourg-en-Bresse, France, Pierre sought to create a timepiece both beautiful and accurate, an appealing undertaking for a man who loved mathematical challenges. He surrounded the sundial with 33 yews, some of which would grow splendidly into a horseshoe-shaped hedge while others were pruned into large mounds and cones.  After six years of careful record-keeping on sunny days, the sundial was able to tell the time within 5 minutes of accuracy.  Once the sundial, surrounded by an expansive lawn, was calibrated, Pierre is said to have mentioned that Longwood was finally complete.  The garden, however, was still evolving.

In 1958, Longwood purchased 30 large yew topiaries in six different designs from a Long Island, New York, estate, and these were planted among the existing yews. More specimens were acquired in 1962 and 1971, with renovations and reshaping in the 1980s, including five figures that had been trained behind the scenes at our nursery facility. Yews require meticulous care to maintain the desired precision of shape, and over the decades, many hours have been spent hand-pruning this historic collection.

The topiaries have also set the stage for holiday lights and special exhibits, including a spectacular art installation entitled Nightscape: A Sound and Light Experience by a Philadelphia firm, Klip Collective. Colorful, abstract moving videos were digitally projected onto the yews as specially composed music was played.

A Labor of Love: The Topiary Garden 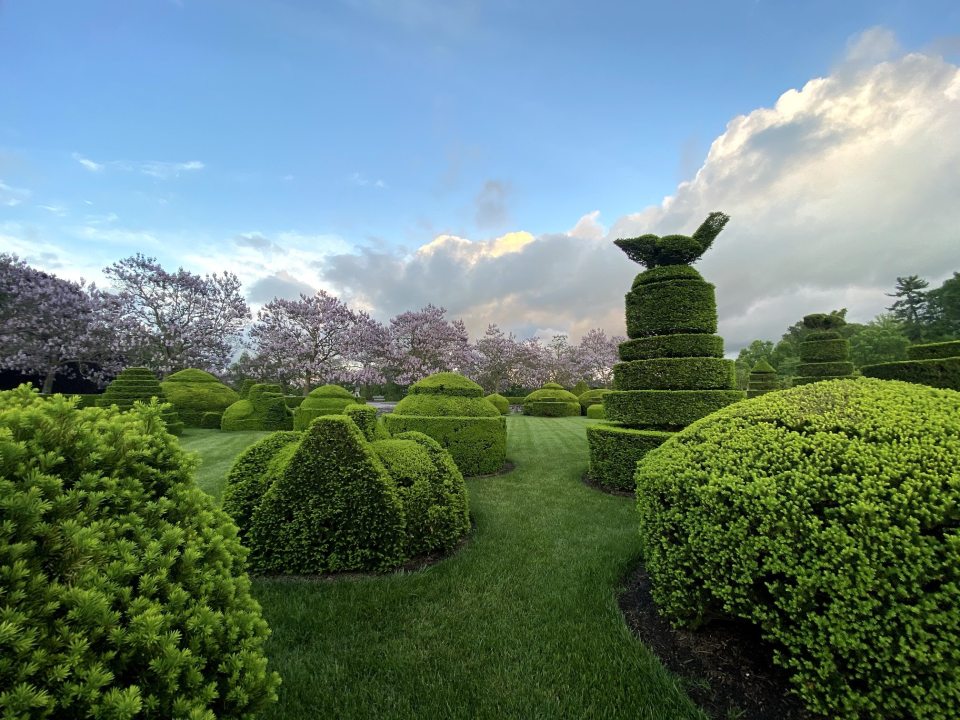 A Labor of Love: The Topiary Garden

By Gabby Rowe, on May 4, 2022
Students Discover Joy in a Job Well Done 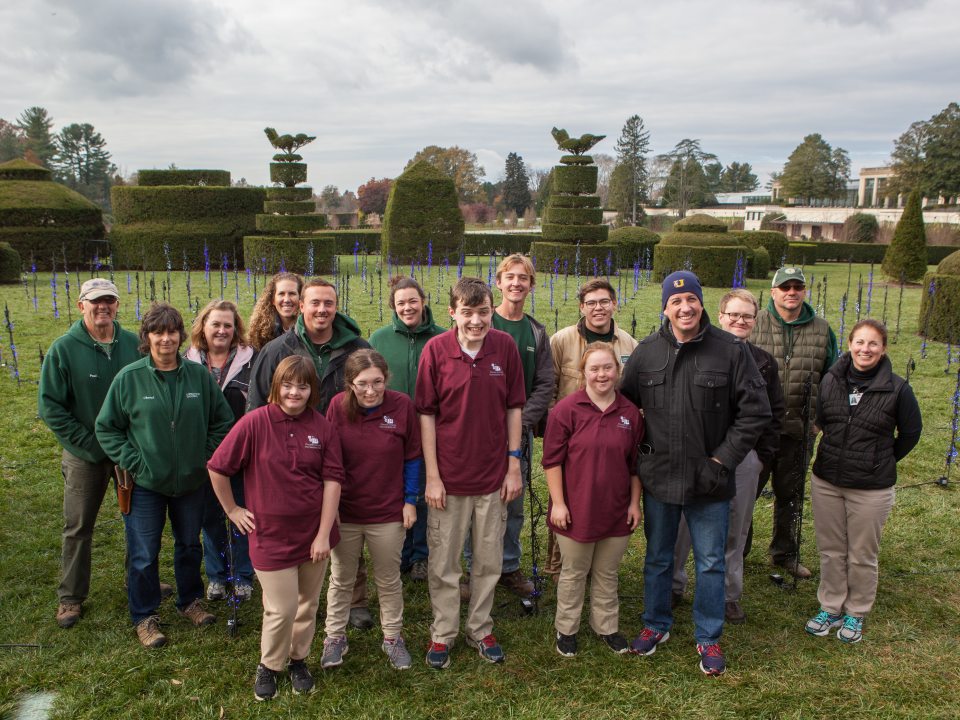