As part of Longwood Reimagined, this prized space will reopen in 2024. 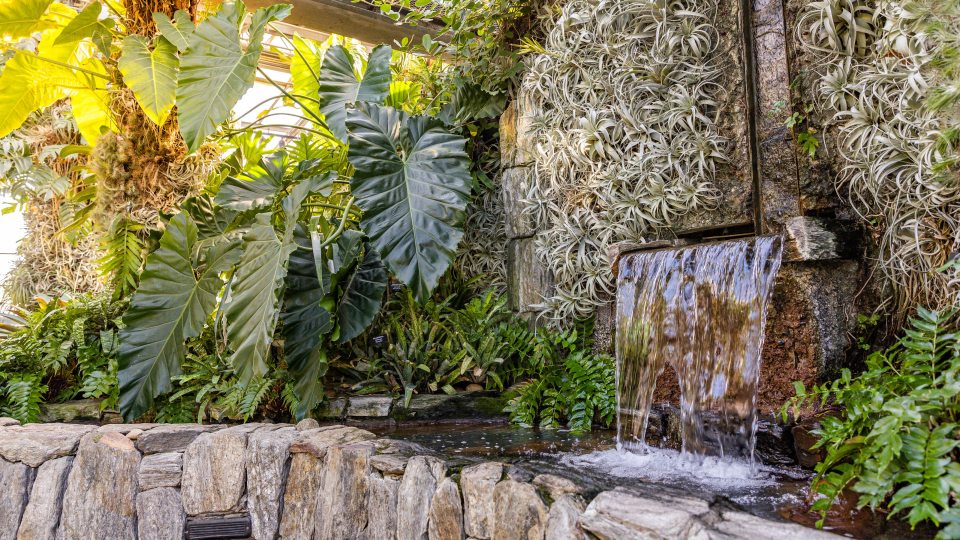 Immerse yourself in the beauty of the Cascade Garden, a richly textured mosaic of lush, equatorial plants and soaring splendor, designed by renowned 20th-century landscape architect, artist, activist, and botanist Roberto Burle Marx (1909–94). Created especially for Longwood, it is the only remaining garden of Burle Marx’s design in North America. Sheets of water spill down precipitous rock channels and splash into crystalline pools, amidst verdant, bold foliage that emerges from the mist. Swirling vines ascend the columns and walls, as though reaching for the sky, drawing your gaze ever upward.

Named for its 16 waterfalls, the Cascade Garden enchants guests with its flowing plantings and abundance, from denizens of leafy tropical plants to flumes that empty into clear, dark pools. Inspired by South America’s rainforests, the garden is kept at a constant humidity level of 80 percent. Burle Marx’s focus on vertical design is captured beautifully, from the plants that creep up the columns to the freestanding sculptural features interspersed within the greenery. Rock clusters emerge from the beds, echoing the terrain where so many of the featured plants thrive. In addition to earth-stars (Cryptanthus), giant alcantarea (Alcantarea imperialis), and philodendrons including Philodendron pinnatifidum, you’ll find an arresting collection of bromeliads, one of Brazil’s most beloved native species.

Widely regarded as the creator of the modern garden and one of the most preeminent landscape architects of the 20th century, Roberto Burle Marx was also an accomplished singer and painter. During the late 1920s, while studying the arts in Germany, Burle Marx visited the Berlin Botanic Garden and was moved by the beauty of its collections of native Brazilian species. By the 1930s, he was designing gardens, often creating paintings to visualize his desired color progressions within a given horticultural design.  His signature style of using organic shapes combined with bold, sweeping geometric outlines has often been attributed to his enduring love of music, painting, architecture, and of course, his native Brazilian landscape.

As Burle Marx’s focus on landscape design increased, so did his desire to celebrate and preserve the beauty of Brazil’s native flora. Noting the dearth of available native Brazilian specimens for his designs, he began leading plant exploration trips into the Amazon, ultimately bringing more than 20 undiscovered plant species into the public’s horticultural vernacular. Several were named after him, including the Aechmea burle-marxii, an epiphyte of grand proportions with variegated leaves and pink flower spikes. In 1949, Burle Marx purchased a sitio, or small farm, just outside Rio de Janiero, where, over the years, it was developed into an extraordinary home garden and world-famous plant nursery devoted to Brazilian species and cultivars. Additionally, it showcased many of his paintings and sculptures. He is best known for his vibrant, modern installations seen along public thoroughfares in Brazil, including the Copacabana in Rio de Janeiro.

In 1988 at Longwood, a series of changes left part of our west conservatory space with a vacancy, and a redesign was desired. We reached out to landscape architect Conrad Hamerman, who had developed a close friendship with Burle Marx while lecturing at the Museum of Modern Art in the mid-1950s. Hamerman was Burle Marx's representative in North America, and this connection proved providential to a new direction for garden display at Longwood. By 1989, preliminary schematics were approved, and prototyping began. Spanning more than two years, the Cascade Garden’s construction, overseen by Hamerman, who was also instrumental in the design, was a feat of collaboration, finally opening to the public in January of 1993. We are currently working to preserve the space, and this remarkable garden will reopen with Longwood Reimagined in 2024. 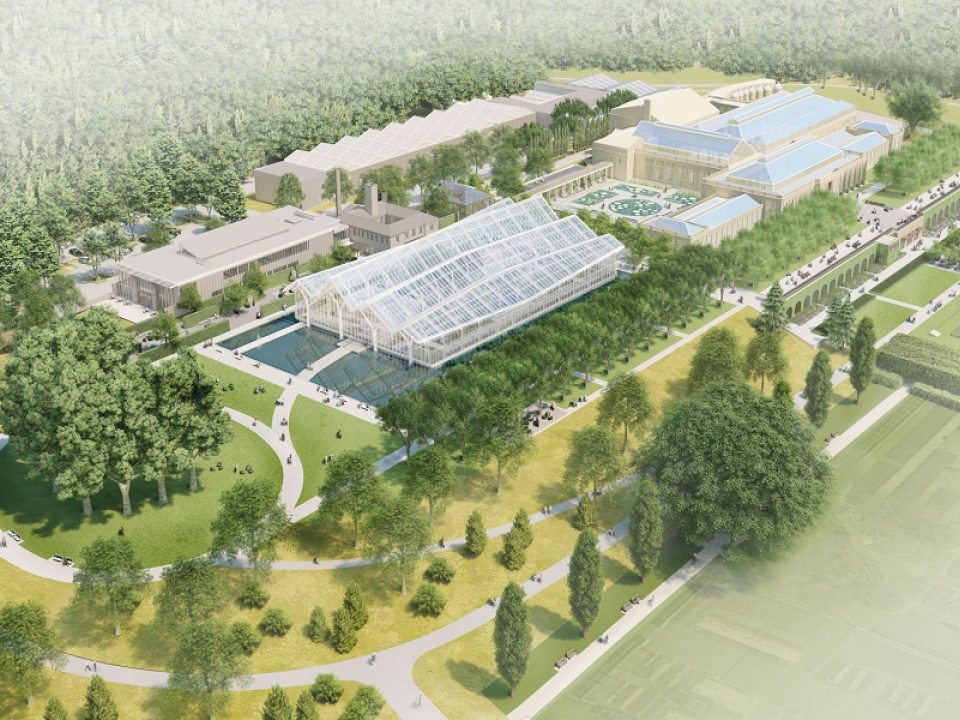