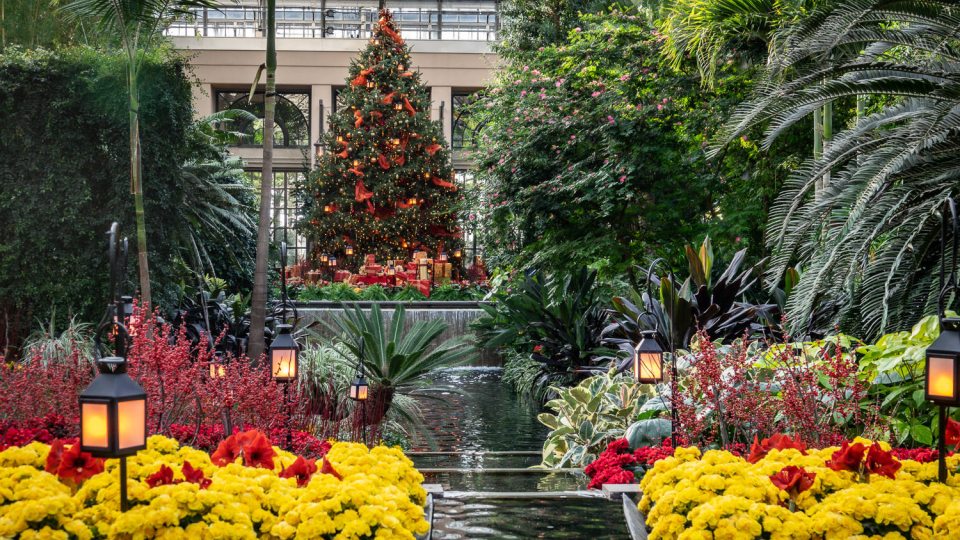 Grand views and tranquil rooms of astounding horticultural design await under a half-acre of glass. Experience an unparalleled sensory journey through lush plantings, soaring architecture, and tranquil water features, including waterfalls, pools, and fountains. Immerse yourself in the gorgeous colors and textures which adorn the intimate spaces of this exquisite indoor display garden.

The Patio of Oranges, featuring a geometric grid of citrus trees, creates a verdant setting for our guests with its fragrant flowers. Large hedges create intimate areas for moments of quiet, and a gentle stream and waterfall add an element of soothing sound. The trees can be removed in order to host events and performances in this splendid space.

The Camellia House, an original feature of the conservatories, was constructed in 1919 and designed for growing one of founder Pierre S. du Pont’s favorite flowers. This space was repaired in 1970 when the Azalea House was demolished and rebuilt, and renovated again in 2005, reopening a year later. It continues to display an array of the beloved evergreen shrubs, with spectacular blooms from October through March. The camellia was one of the first to be planted in the Conservatory in 1921, featuring cultivars imported from France and Belgium.

Take a walk down the (literal) Garden Path to experience a tapestry of color, texture, form, and fragrance. Inspired by Pierre’s “Spring Walk” and the colors of a cottage garden, the space was used to spotlight an exuberant  display of spring-blooming flowers, trees, and shrubs. Dismantled in 1969 when construction began for the original East Conservatory, the Garden Path reopened in 1986, and was renovated again in 2005. Today, this space features artful plant combinations, a brick path laid with mill stones, fences, trellises, and accents of intricate lanterns. In addition, we use this space to introduce new plants to the Conservatory, monitoring their health and performance under glass before introducing them to our larger indoor displays. 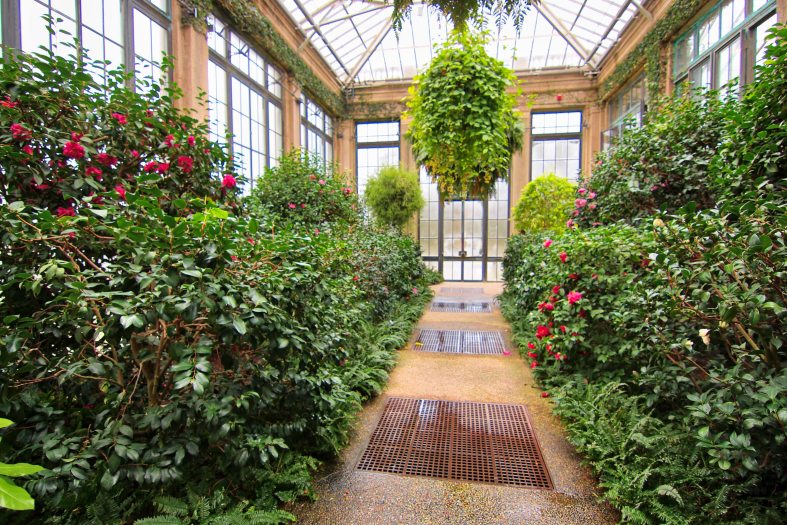 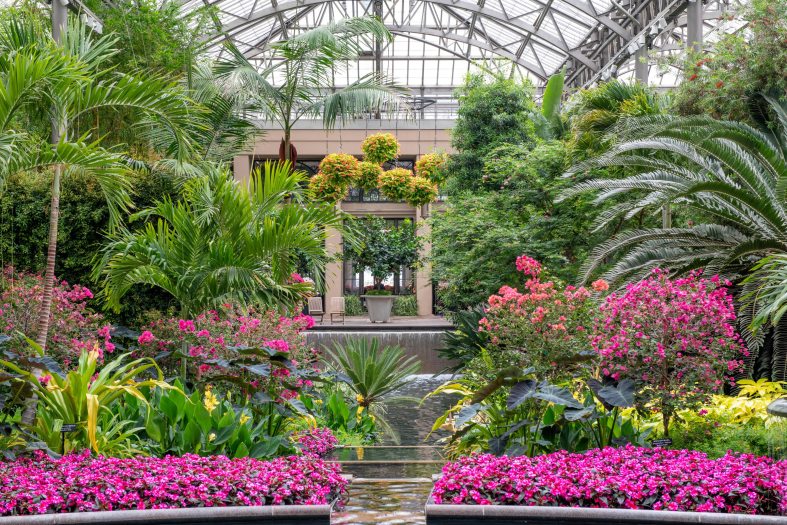 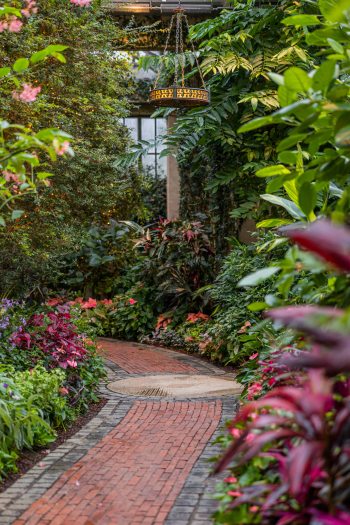 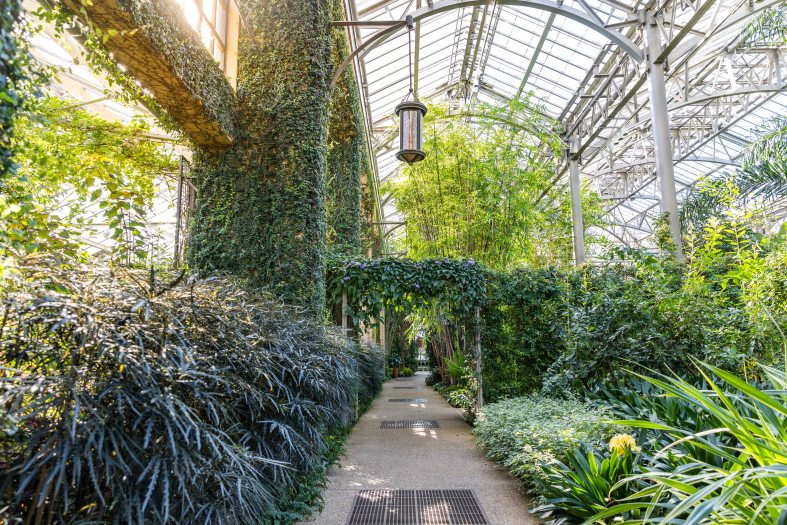 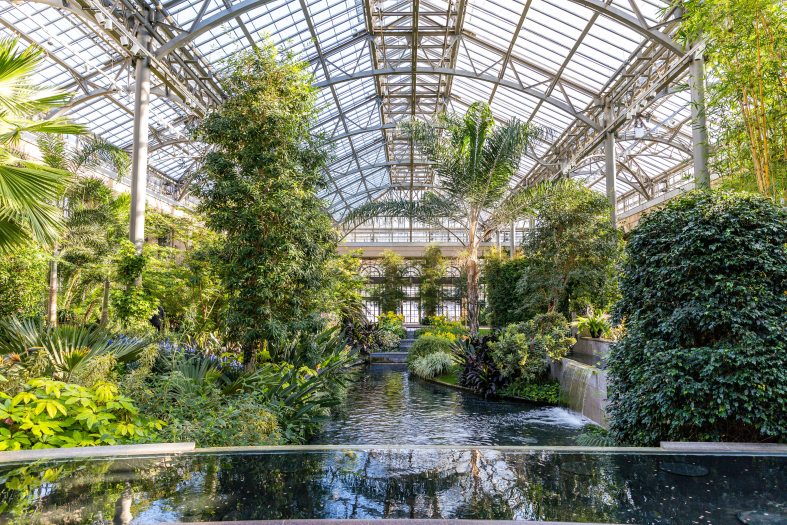 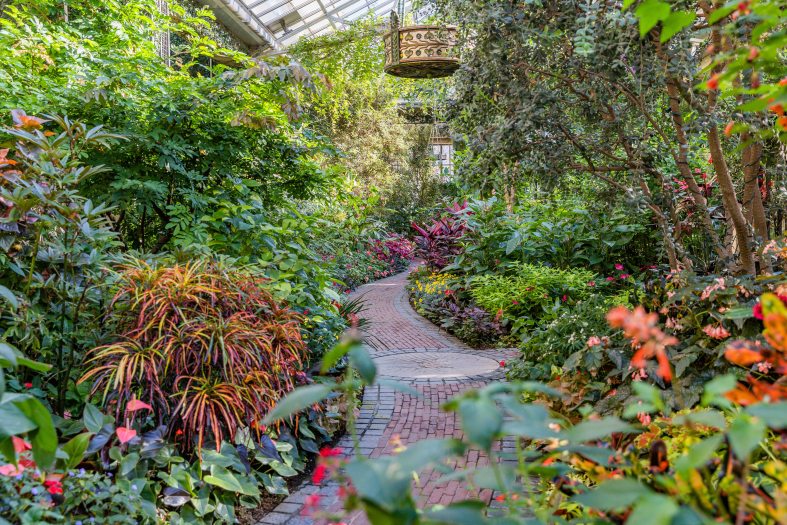 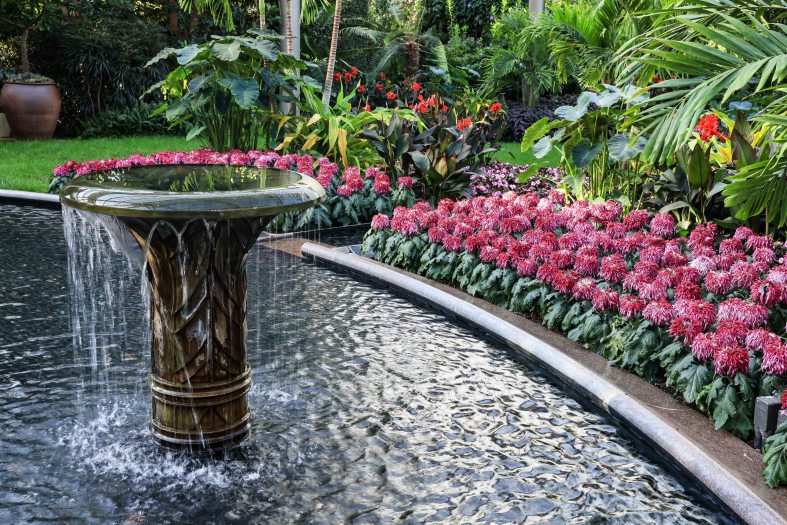 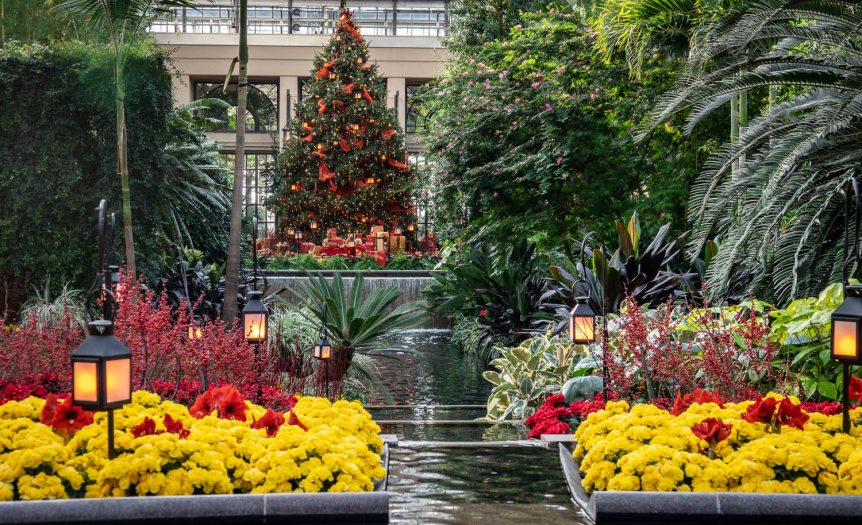 Our founder, Pierre S. du Pont (1870-1954), was enamored with azaleas—so much so that in 1928 he built an addition to the historic Main Conservatory to display them. Originally called the Azalea House and designed by E. William Martin—a well-respected architect in Delaware—the space resembled a grand exhibition hall with two rows of structural columns and three sections of ridge-and-furrow roof. The sunken center was planted with a collection of azaleas and rhododendrons, imported from Belgium, England, and the Arnold Arboretum of Massachusetts. In the spring, it was a riot of color.

Over the years, the interior landscapes in the Azalea House evolved, owing to our team’s drive to innovate through experimentation. The 1970s saw many evolutions, including the design of a new esplanade and terrace by Thomas Church. This update to the original 1920s space included new paving materials to create a more contemporary, geometric design. Then, in 1977, the Longwood team installed a central water feature in the form of three temporary pools. They were so well received that they became a permanent fixture.

A multi-year restoration to this dynamic space debuted in 2006. Sir Peter Shepheard (1913-2002) led the team with impressive structural improvements, while the garden design and environmental systems were spearheaded and executed by our Longwood teams. Nearly every single aspect except for the structure’s side walls was new, including an immense, airy, ridge-and-furrow roof to reflect the style of the nearby Orangery and Exhibition Hall. Efforts were made to reduce energy consumption, including state-of-the-art electrical systems and a snow-melt system in the roof. Each of the black-dyed pools was heated to support aquatic plant life year-round. A central flowing stream and 16-foot wide waterfall added sound and motion to the garden. Designed to be a multi-functional space, the East Conservatory was thus able accommodate the performing arts, social, and educational events. Details of every scale were considered, from the handcrafted bronze and mica lanterns that illuminate the interior to the dazzling bronze windows from Japan. Artisan-crafted trellises line the walkways and inlaid stone floors echo the shapes and textures seen in the Court of Bamboo and Court of Palms. 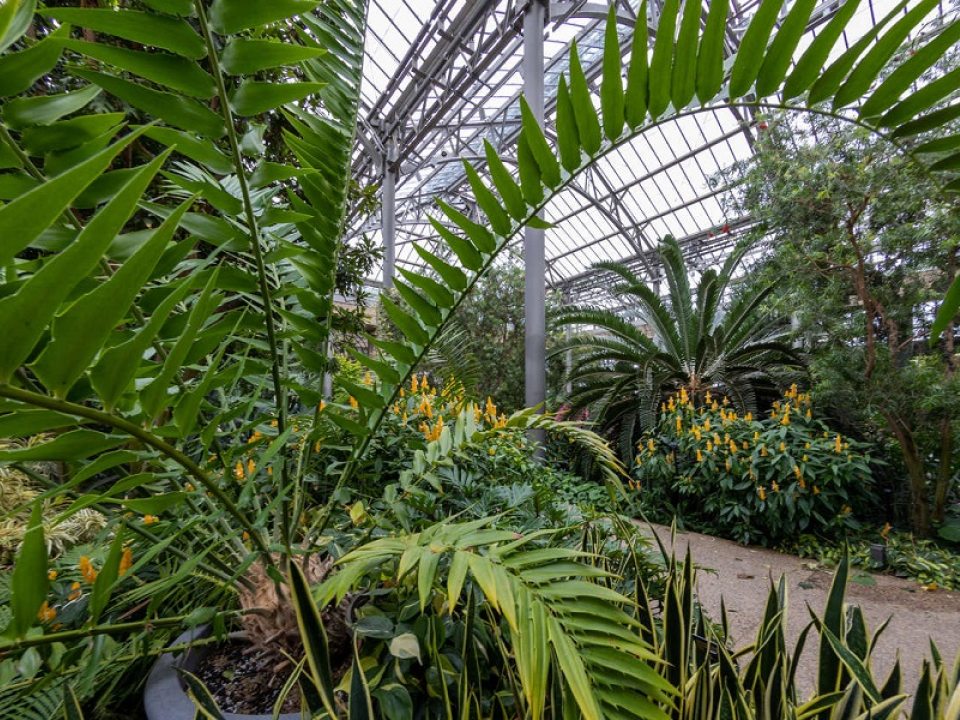 By Katie Mobley, on July 7, 2021
The King of Our Conservatory 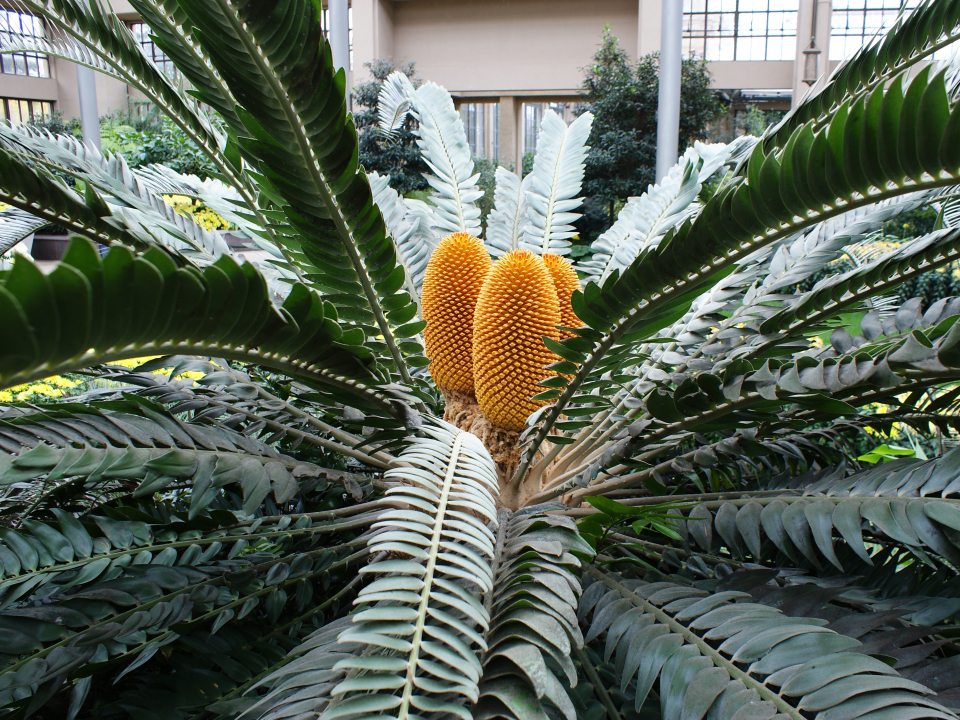 The King of Our Conservatory