The Role of Our Research Department in the Chrysanthemum Festival 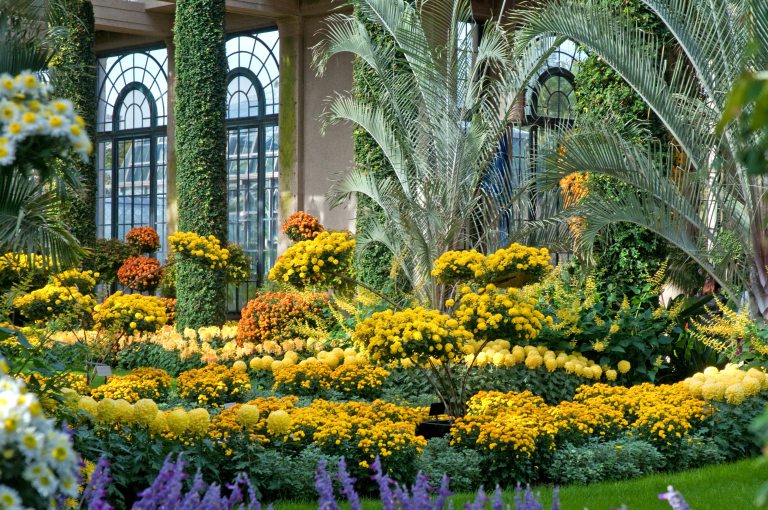 In the fall of each year, thousands of amazing chrysanthemums grace the Conservatory and outdoor areas of Longwood Gardens. Among those displayed include both common and rare varieties. Skilled growers painstakingly train mums into single-stem plants with an individual huge flower, cascade forms that drape over columns, topiary forms in various shapes and sizes, and the impressive Thousand Bloom Chrysanthemum which emerges from a single stem and forms a massive dome with more than 1,000 flowers.

Common commercial varieties of chrysanthemums are easily purchased from suppliers across the US, but for our Chrysanthemum Festival, thousands of rare chrysanthemums need to be produced each year from stock plants housed on our property at Longwood. These rare varieties are not readily available from any other sources in the quantities required by Longwood’s designers. Some of these rare cultivars were imported to Longwood from Japan, and some are heirloom varieties grown only by hobby growers and botanical gardens. They are available in only small quantities from commercial growers.

There are 43 varieties identified as crucial to Longwood’s displays and these make up the Chrysanthemum Core Collection. Another 183 cultivars have been identified as important to display and worth preserving and protecting in the tissue culture lab with the Chrysanthemum Core Collection. The research department at Longwood plays a major role in the preservation of these rare chrysanthemums by testing stock plants for virus, eliminating virus from infected plants, keeping clean stock protected from viruses in test tubes, and producing plants from tissue culture when there aren’t sufficient stock plants in the greenhouse for the number of cuttings desired.

Research began their efforts with chrysanthemums in 2003. At that time, many of the rare chrysanthemums had been in existence for decades, and there were many opportunities for these old varieties to be exposed to viruses. Viruses can cause stunting, chlorosis, necrosis, lack of vigor, and render the plant unfit for display. Since it was unclear as to which viruses were present, all stock plants were tested for a variety of viruses that commonly infect chrysanthemums. Unfortunately the test results showed that some plants were infected with Chrysanthemum Virus B. This virus can reduce plant quality by causing brown streaks on the flowers, leaf spots, and interveinal chlorosis. Fortunately, some plants were free from virus.

Plants that were virus free were put into test tubes in the tissue culture lab. Establishment of plants in tissue culture prevents plants from insect and disease pressures that are found in the greenhouse environment. The sterile environment protects the plants and keeps them clean. Small cuttings from uninfected plants were bleached for a short period of time and placed in test tubes. Once the cuttings acclimated to their new environment, they grew much like a normal cutting. These plants act as a bank of clean plant material in the event that greenhouse stock plants contract virus.

To begin the process, a vegetative apical shoot of a virus-infected plant is dissected under a microscope. Leaves are removed from the shoot one by one with a scalpel. Each leaf that is exposed is smaller than the previous one. It is similar to opening a matryoshka Russian stacking doll. Eventually, the apical dome containing the meristem is revealed. It resembles a shiny drop of green jelly. The dome and surrounding area are carefully removed with a scalpel. The resulting speck on the tip of the scalpel is barely visible to the naked eye. The tissue is placed in a test tube on a specialized medium containing mineral nutrients, sugar, plant hormones, and a gelling agent. The tissue grows on this meristem-isolation medium for six weeks.

During this time the cells differentiate into micro-shoots with leaves and stems, which look the same as a normal plant except on a miniature scale. Once a micro-shoot is large enough, it is removed from the isolation medium and placed on multiplication medium (similar to isolation medium, but with higher mineral content). After a few weeks the micro-shoot can be harvested and rooted like a conventional cutting. Once the plant is established and actively growing, leaf samples from the plant are tested for presence of virus. The plant is also grown until it flowers to make sure it is true to type. If the plant is free of virus, with the correct flower, it is placed in the bank of clean stock in tissue culture. Old infected greenhouse stock is discarded and replaced by the new plant material from the test tubes.

This clean plant material in test tubes can also be used to supply the numbers of cuttings required by the conservatory design plan. Sometimes it is hard to predict which chrysanthemums will be used the following year for display, and there are not enough stock plants to supply the thousands of cuttings that may be required. Fortunately, plants can be multiplied rapidly in tissue culture. A mature plant in a test tube can yield ten cuttings, and each of those cuttings can be placed in its own test tube. In six weeks, the new cuttings will mature, and can yield ten more cuttings from each tube. Plants can multiply exponentially every six weeks. Longwood’s tissue culture lab has produced up to 8,000 cuttings per year to provide the necessary plant numbers for display.

Each year, cuttings from approximately 50 varieties of chrysanthemums are removed from tissue culture and grown in the greenhouse to maturity and flower. This process allows the gardeners to make sure the chrysanthemums are true to type, since there is always a chance that a test tube can be mislabeled, or a plant can mutate. Sometimes these plants that are grown to flower can be viewed in the Chrysanthemum Class Display in the Conservatory. Some years, tissue cultured plants become part of the large sweeps of chrysanthemums in the Main Conservatory. Once the plant is fully grown, there is no way to tell it came from a test tube. The next time you visit Longwood during our Chrysanthemum Festival, and view the beautiful flowers, you may find yourself wondering if these plants started in a lab.

From Our Blog - More On Research and Conservation 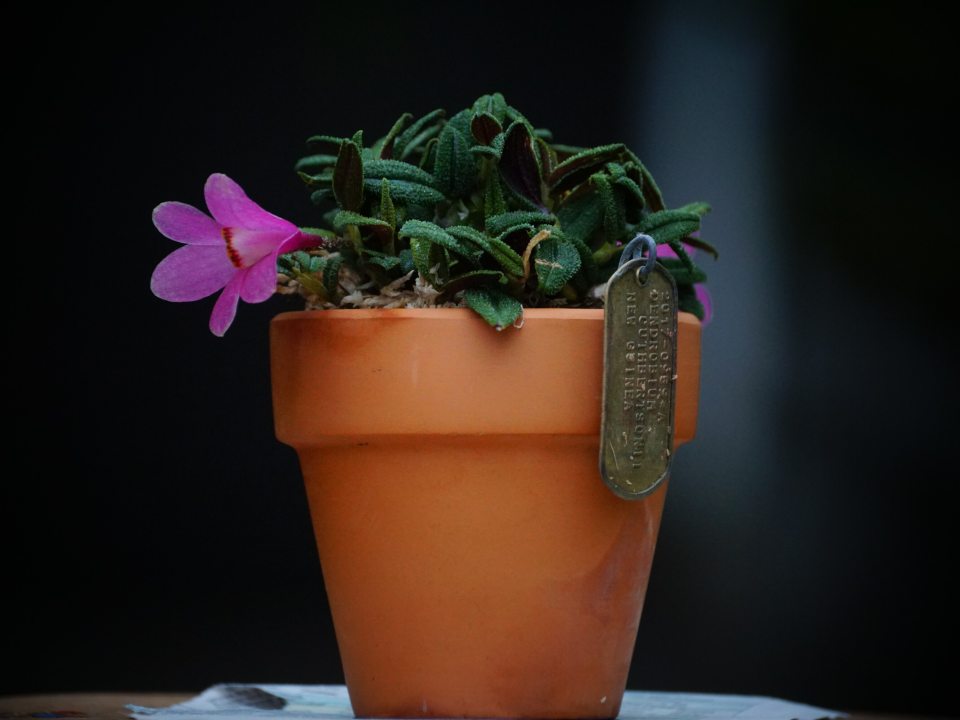 By Kristina Aguilar and Beth Pantuliano, on January 25, 2023

Every Orchid is an Individual
By Kristina Aguilar and Beth Pantuliano, on January 25, 2023
Paperbark Maple: A New Look at an Old Friend 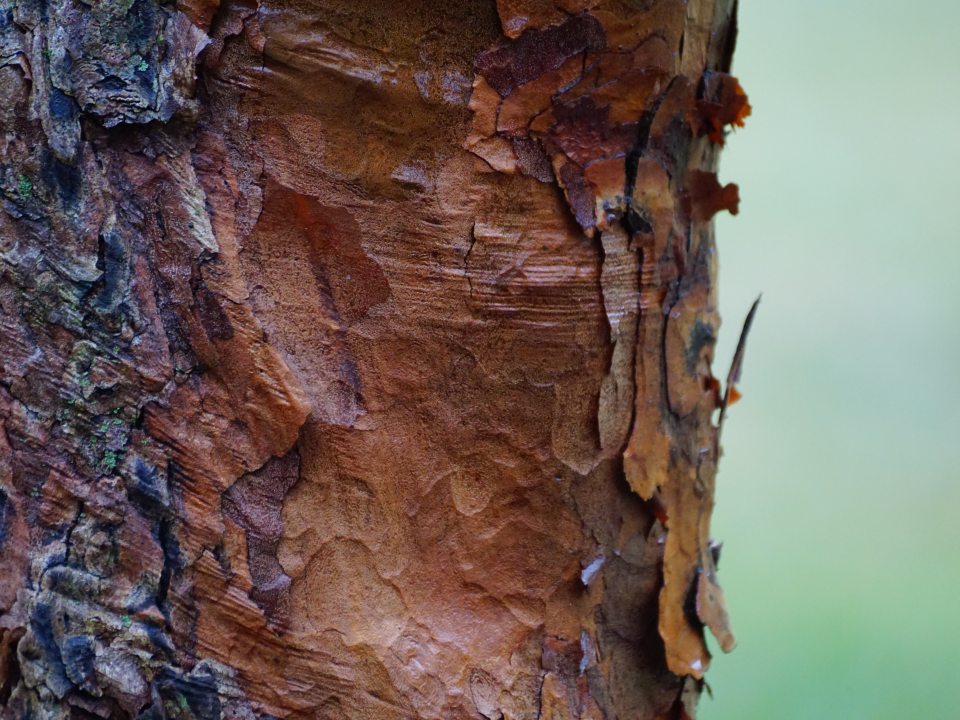 Paperbark Maple: A New Look at an Old Friend

By Anthony S. Aiello, on November 2, 2022
The Beauty of Beneficial Bugs 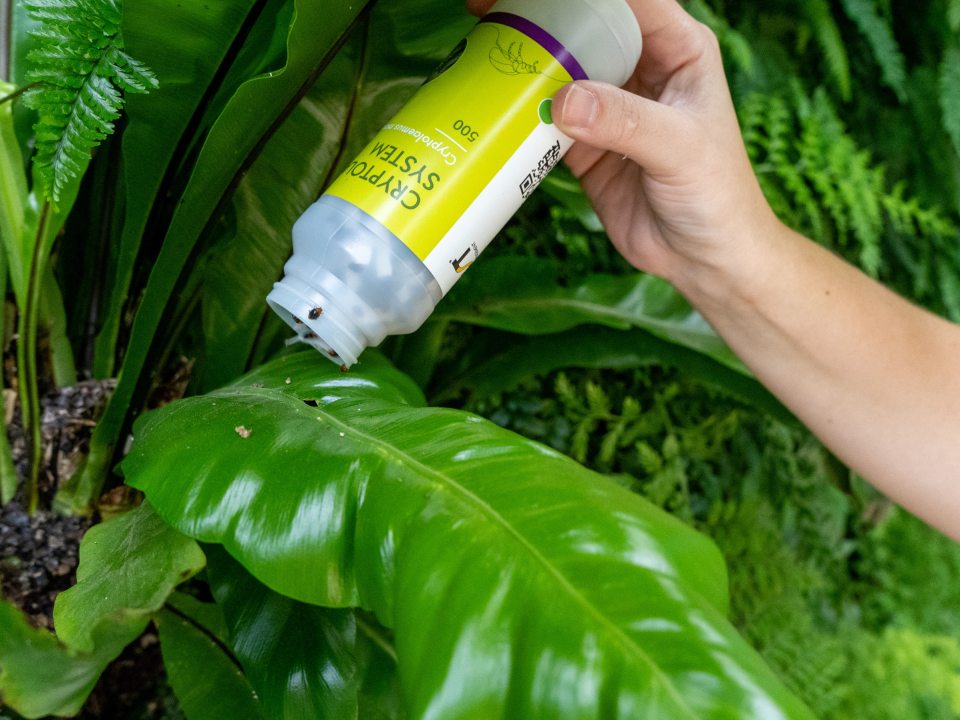 The Beauty of Beneficial Bugs

By Beth Pantuliano and Rachel Schnaitman, on October 19, 2022
Growing From Afar 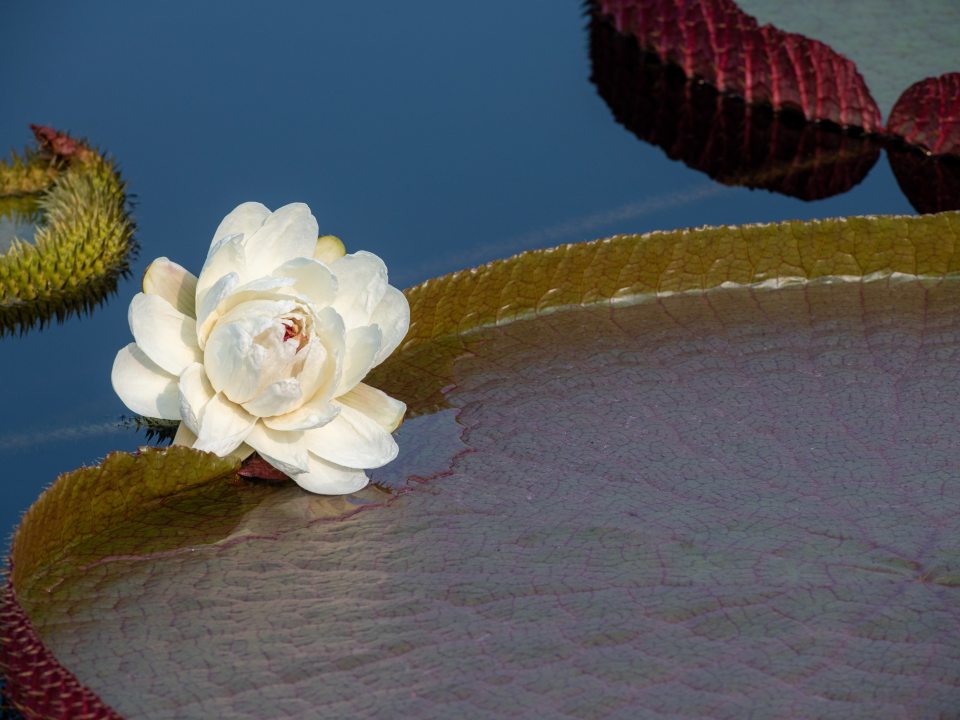